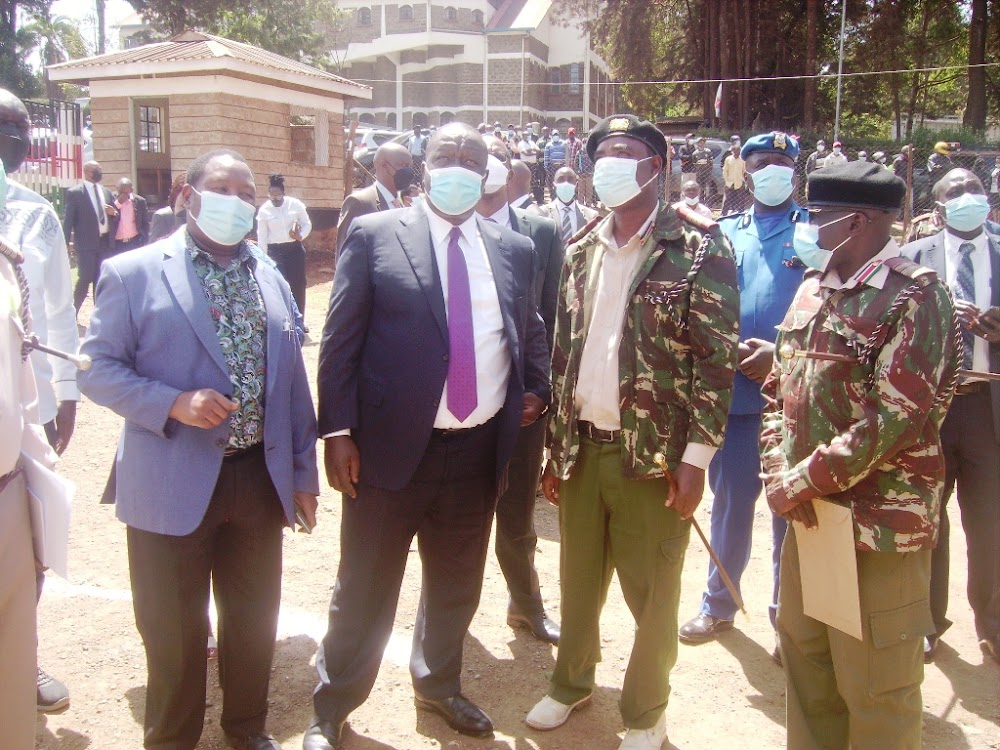 Interior CS Fred Matiang’i has distanced his ministry from claims it is working with the IEBC to manipulate next year’s election results.

Matiang’i said the Independent Electoral and Boundaries Commission, headed by Wafula Chebukati, is an independent body.

The CS said it will rely on IEBC to inform the ministry what role it needs to play to ensure safety.

“You know all of us, you can tell who is telling the truth and who is lying. Let us speak the truth all the times,” Matiang’i said.

He spoke in Limuru town on Monday, when he commissioned construction of a police station set to cost Sh30 million.

“Our core business is to protect the lives and property of all Kenyans at all times and ensure that there is peace. We shall wait to be told by the IEBC chairman what to do and at what time. Otherwise, IEBC is an independent body,” the CS said.

However, he said his ministry will not allow any government official to be intimidated, but it will work to ensure peace prevails during  campaigns and elections.

He was accompanied by Interior PS Karanja Kibicho, who said no matter what kind of accusations they face, they will not be deterred from working hard for President Uhuru Kenyatta’s government.

Kibicho asked the CS not to pay much attention to detractors.

“We shall not waste a lot of time with people who do not have responsibilities to the government. We have a lot of work,” Kibicho said.

Limuru MP Peter Mwathi urged leaders not to intimidate CSs, adding they have a role to play to see President Uhuru Kenyatta’s dream is realised.