Raila vows to fix economy as he tours Trans-Nzoia 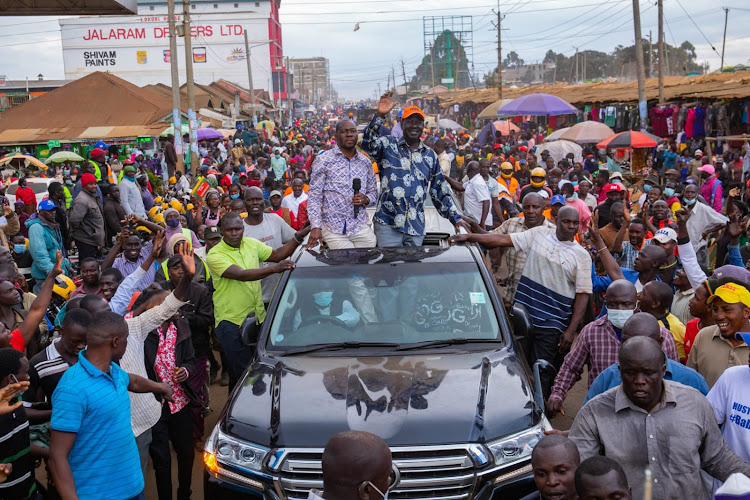 Speaking in Sibanga, Trans-Nzoia where he took his Azimio la umoja unity call, Raila reiterated his commitment to transforming the country’s economy and to better the lives of Kenyans.

He also promised to fight graft in the country.

The former PM underscored his commitment to roll out the social protection program that will see poor households without breadwinners in urban and rural areas receive a monthly stipend of Sh6,000.

He added that Kenya has adequate resources to fund the programme.

Raila promised to give equal education opportunities to children from poor backgrounds from primary to university level.

“Every child has a right to affordable education. We will inject more funds in technical Institutions such as technical vocational centers to offer promote market based skills to the youth.”

He pledged that his government will revitalise agriculture in Trans-Nzoia to enhance production and improve earnings to local farmers.

To scale up production and tame exploitation, Raila said transplant systems would be put in place to end cartels in the ministry of agriculture.

“Good systems would be put in place to lock out cartels who have for many years frustrated farmers by benefitting from subsidies,” he said.

The ODM boss said he would offer a solution to lack of trike deeds and squatter problem in the county.

Raila arrived in the county on Saturday morning beginning with a public rally at Sibanga trading centre, and later on held a meeting with area leaders.