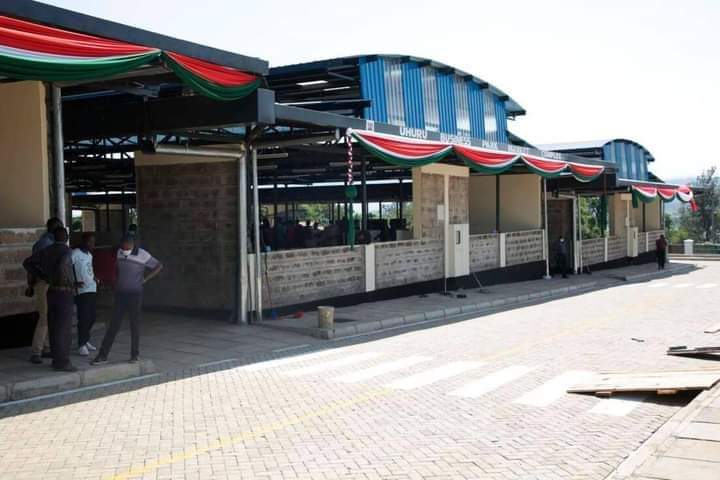 A standoff is brewing between the Kisumu county and the national government over the planned balloting of Uhuru Business Complex market in Kisumu.

This comes even as the High Court in Kisumu has issued an order halting the planned balloting on Friday.

The county government moved to court seeking to stop the exercise. Judge F. A Ochieng directed that the status quo be maintained.

In effect, he said the proposed balloting and setting up of the management Board shall not be undertaken as scheduled. The matter will be mentioned on November 17, 2021.

In the application filed at the Kisumu High Court on Thursday, Kisumu county commissioner Josephine Ouko, Ministry of Interior and Attorney General are listed as respondents.

Kenya Railways Cooperation and Council of Governors are also listed as interested parties.

But Nyanza regional commissioner Magu Mutindika vowed that the balloting will go on with or without court order.

He said the market was built by the national government under the directive of President Uhuru Kenyatta.

“Those court orders are not relevant to us. Are they the ones who built the market. There’s no money they spent in that market. I don’t know such things. Let them take those court orders somewhere else?” Mutindika said.

Mutindika said the county did not give any land for the construction. He added that the county should stop disturbing people. “Let them go and complete their market (Kibuye),” he said.

The county government wants the planned balloting to be postponed to allow consultation between the county and national governments on allocation of the stalls at the market.

The market was built by the national government to accommodate traders who were evicted to allow for the refurbishment of the Sh3 billion Kisumu Port.

A section of Kisumu MCAs demanded the postponement of the planned balloting for Uhuru Business Park to allow further consultation.

They spoke on Thursday during a press briefing in Kisumu.

The MCAs wants the planned exercise halted to allow for consultations between county and national government needs to consult and agree on the allocation of spaces to affected traders for inclusivity.

They accused the national government administrators of organising the balloting without engaging Governor Anyang Nyong’o and City manager Abala Wanga.

“Balloting has been organised without the involvement of the office of the Governor and City Manager,” Ochieng said.

He added that consultations among the two levels of government were crucial to forestall the fallout from the traders.

“We want Nyong’o and Wanga to be involved in the process and harmonise the list of traders,” the MCA said.

Ochieng said the market had been handed over to the county government and anything concerning the said market should originate from the devolved unit.

“This is ridiculous, markets are devolved and already it is in the custody of the city, why are they again being bypassed by the national government administrators,” he said.

Ochieng noted that as leaders they support the resettlement of the traders but the two governments must work as a team for a smooth transition.

He said the county leadership is not opposed to balloting but they want Governor Anyang Nyong’o and the city manager Abala Wanga to be involved in the process and harmonise the list of traders.

Arao, whose ward is hosting the market, reiterated the need to clean the list of beneficiaries in consultation with the county leadership to forestall any backlash.

He said the list containing the names of the traders is not complete, noting that many traders who were affected by the demolitions are inauspiciously missing in the lists.

“The list must be cleaned, we want genuine traders who were affected by the demolitions,” Arao added.

The county government was expected to build stalls in the market but that has not been done with MCA Arao questioning the hurry to take traders into the market.

“How will they trade in an open hall, can’t the county government be allowed to fulfill its obligation before traders can be allowed in,” Arao said.

Joanes Mathembo, a trader whose structure was demolished and his name is missing from the list said he has tried to have his name included but in vain.