Why fast-food joints are serving up generous portions of chips 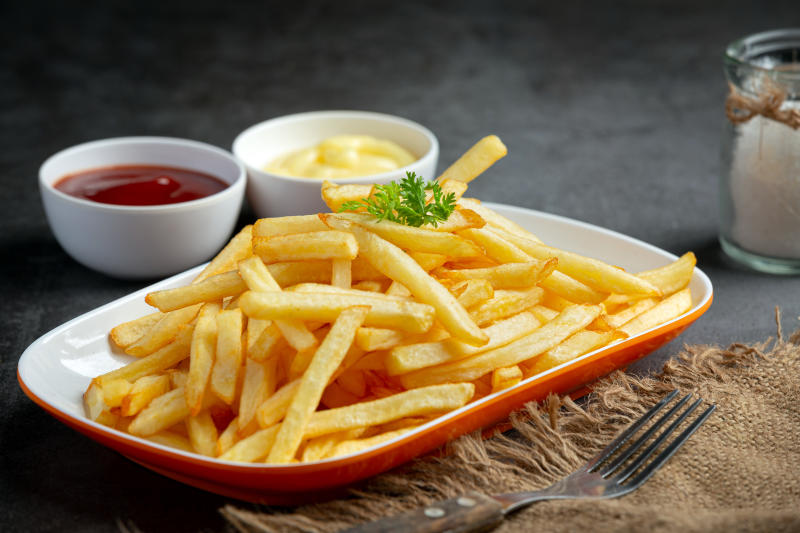 When this writer went to a fast-food restaurant in Nairobi’s Central Business District recently, he was pleasantly surprised by the generous serving of French fries.

But remembering the popular adage that there is no such thing as a free lunch, it got him thinking: who was paying for the generous helping of chips?

A bit of digging jarringly revealed that it is the over one million families that grow Irish Potatoes in the country, who have been forced to sell their produce at throw-away prices, and in some instances, literally throw them away.

The hapless small-scale potato farmers have been fed empty promises only to be abandoned by both county and national governments at the hour of need. As a result, they continue being fleeced by brokers.

Rather than being rewarded handsomely for the months of back-breaking work, costly labour, fertiliser and pesticides, farmers are forced to sell their produce at throw-away prices.

“It is true there are a lot of potatoes,” said a branch manager in one of the popular fast-food joints in Nairobi. He requested not to be named as he is not allowed to speak to the press.

“And when there are a lot of potatoes, we serve more. When they are less, we serve less,” he added.

The manager noted that they are currently buying a 90kg bag of the crop at Sh1,800, nearly half the price they were paying for it five months ago.

If only the farmer would get even half the price that the manager is paying.

The farm gate price of the 90kg bag is at an all-time low of between Sh450 and Sh600 in Molo, Nakuru County, said Stella Chemutai (not her real name). Ms Chemutai farms the crop in Molo.

Nakuru county, according to the census results of 2019, had the highest number of households that grow potatoes. Other major potato-growing counties include Nyandarua, Nyeri, Kiambu, and Murang’a.

“This has been the worst year to be a potato farmer,” said Chemutai. She noted that the price of fertiliser is now between Sh4,600 and Sh5,000.

The cost of labour has also gone up as workers agitate for higher wages to keep up with the high cost of living.

Chemutai said initially, she would pay a labourer working on her farm from 8am to 1pm Sh200. This has gone up to either Sh250 or Sh300, depending on the job.

“At the end of the day, it is the farmer who will carry that burden,” she added.

Potato is Kenya’s second most important food crop, after maize. The quantity of potatoes produced in the country decreased to 1.9 million bags last year from two million bags in 2019, official data shows.

“People who were eating out find it cheaper to eat from home,” said Dr Timothy Njagi, a research fellow at Tegemeo Institute, a public policy think-tank.

Maina Njuguna, another potato farmer from Molo, agrees there is no money in the economy.

“Even that guy who is selling the chips does not have money,” said Njuguna.

There is something akin to a potato glut. One of the theories, according to Chemutai, is that it has to do with an oversupply of the crop from the farmers who stayed put after the government evicted squatters from the Mau Forest.

The remnants in the fertile Mau lands, Chemutai reckons, opted for quick maturing crops, fearing another round of evictions.

“So, everyone planted potatoes. And in Mau, potatoes do very well because the land is fertile.” The high yields were also boosted by good rains.

This has resulted in an oversupply of potatoes at a time when the demand has sagged, thanks to the negative effects of the Covid-19 pandemic.

Although the supply of money in the economy has depressed the entire potato supply chain, Njuguna insists that the farmer has been hit the hardest.

Various factors have conspired to deny potato farmers an opportunity to enjoy the fruits of their labour.

First, a meddlesome government, which rather than helping farmers access cheap and quality fertiliser or help build cold storage facilities, rattled the market by directing that potatoes be packed into 50kg bags. This move spooked buyers.

“They just came up with a law saying the farmer should sell in 50kg bags, but it is not the government that is buying the potatoes,” said Njuguna, noting that it goes for Sh200.

The person who digs the potatoes up, he said, is normally paid Sh200 per bag. This leaves the farmer with nothing.

“In the long run, the guinea pig is always the farmer. For that small bag, someone will quote for you a very crazy price,” said Chemutai.

There was also a move by the county government of Nyandarua to kick out brokers from the supply chain.

The Francis Kimemia-led devolved unit insisted that only licensed potato farmers would be allowed to sell. But this has had unintended consequences.

A lot of the small-scale growers are stuck with their potatoes, thanks to the country’s imperfect market – where they either do not know where to sell their produce or, if they do, don’t have the financial muscle to get it to the marketplace.

Hellen Nyambura, a Nyandarua-based potato farmer, said she has been forced to feed some of her potatoes to her cows.

Such a dysfunctional market is a broker’s paradise. These intermediaries buy cheaply from various small-scale producers and sell it expensively in far-flung markets.

“I wish there was a farmers’ market where producers can just sell their crops,” said Chemutai, who at some point had been taking her produce to Mombasa but quit out of frustration from middlemen.

“Right now if you go to the market, if they know that you are a farmer, you will come back with your lorry full,” she said.

Farmers were also undone by the adverse effects of the the coronavirus pandemic. To curb the spread of Covid-19, the government ordered the closure of restaurants, hotels, pubs and schools.

The restriction in movement and the dusk-to-dawn curfew also affected the distribution channels for the highly perishable crop.

Tanzania, according to Njuguna, was once a lucrative market, but the closure of the border at the height of the pandemic last year disrupted the movement of goods between the two countries.

Tegemeo Institute’s Njagi reckons that a lack of information by farmers on alternative markets has seen them saturate Nairobi and other major urban centres with potatoes.

This explains the generous serving of potato chips to this writer.

“You find that there are places where potatoes can be consumed, but it is not getting there,” says Njagi.

The promise of storage facilities such as the cold chains, which could help farmers store their produce for as long as two months, has come to nought.

“Those who find it profitable to store are those dealing in horticulture, basically things that are destined for the export market,” said Njagi.

Farmers also experienced logistical challenges, as most of them could not get the permit to transport their produce during the curfew hours.

“We don’t have specialised cars for transporting potatoes. People just use their own cars,” explained Njagi.

Agriculture Food and Authority (AFA) tried to introduce permits but this was basically a revenue-generating exercise.

“Most farmers were put off by the bureaucracy of going to look for the permit because AFA offices are not everywhere,” he added.