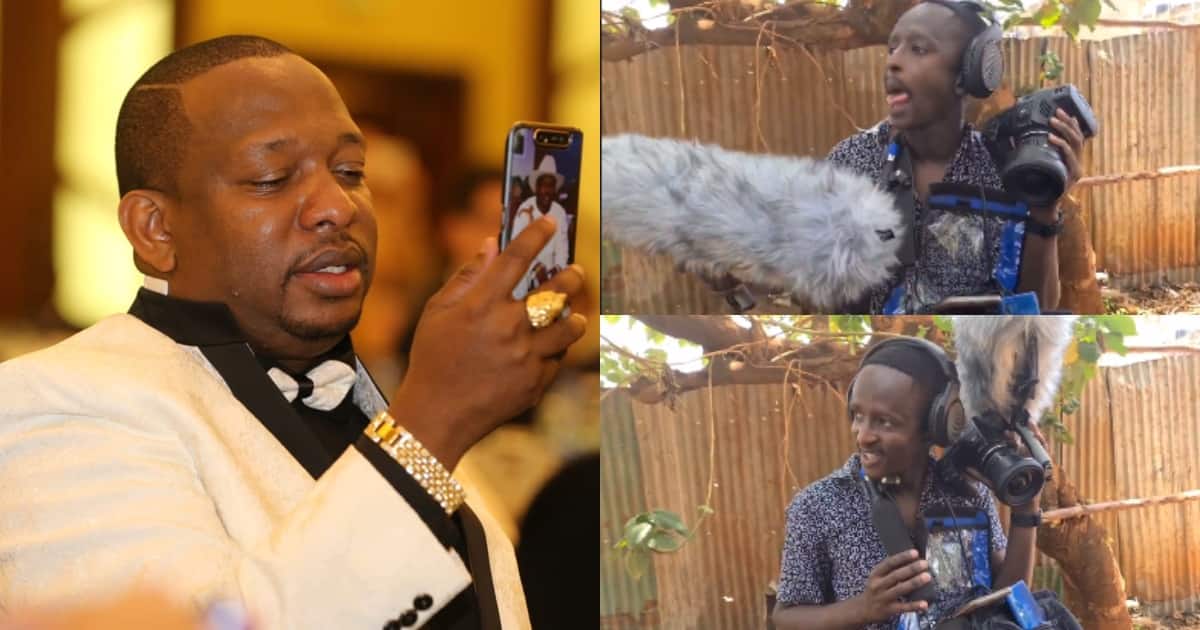 The politician has leaked information regarding the rot in the judiciary lately, including a video of a lady, Merry Nkatha, who had sought police protection against the former governor.

However, on Tuesday, November 23, Mike Sonko leaked another clip from a video call with her, revealing she’s been his informal for the last 10 months.

There was also an obscene moment in the clip that left many surprised at why Sonko could not have left it out.

Njugush saw an excellent opportunity to imitate the politician, sharing a hilarious clip that emulated his call with Nkatha.

In the clip, the comedian was on-call with his wife’s character Wakavinye, who was playing Nkatha and informing him about a guy called Mkurugenzi.

Despite Wakavinye asking him not to share the information, Njugush was already in the groove as he held a camera in one hand, a boom microphone in the other, with another microphone hanging on his neck and headphones.

If that was not enough, he also had a bag with a phone hanging on the side that was also recording the call.

Just like Nkatha, Wakavinye was ready to show the ‘goods’ but this time just ID’s of Mkurugenzi proving that he lies about his age.

In the end, he even claps the film slate as he rushes to edit the clip before sharing it.

Many Kenyans found the clip hilarious and praised the entertainer for his comic relief.

Here are a few reactions:

I Invested in Family Thats Why You Won’t See Me Begging...

Jalang’o Elated After Meeting His Lookalike, Warmly Embraces Him: “My Duplicate”