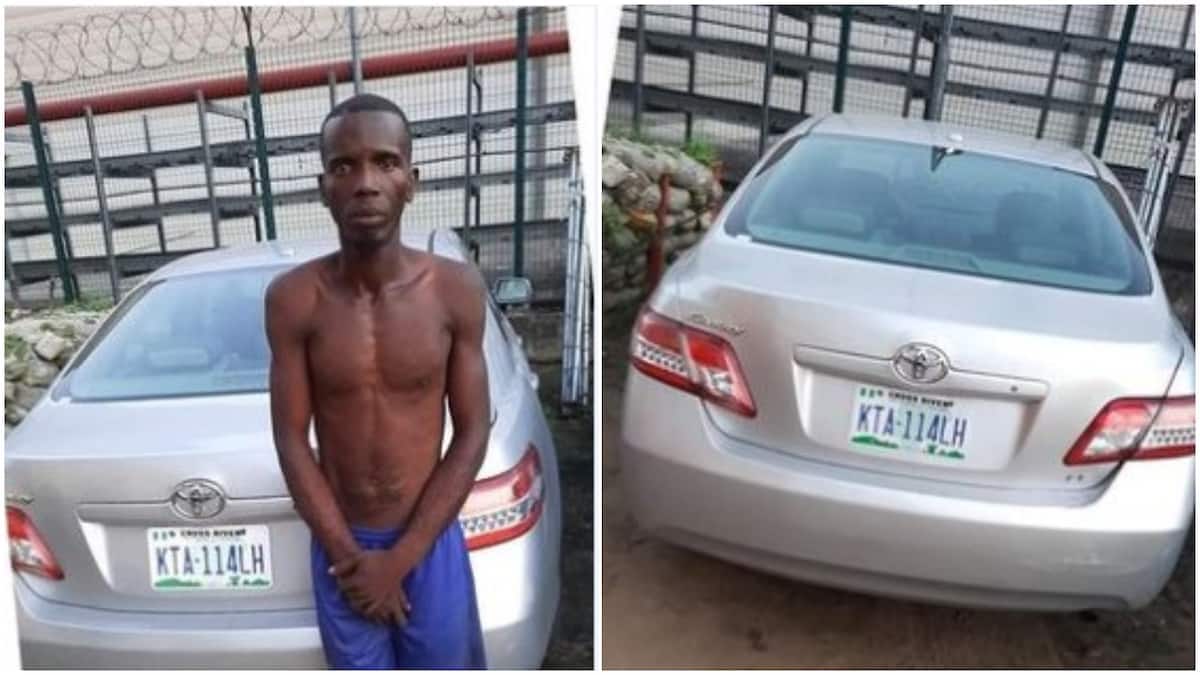 A gateman, Godswill Ezekiel Ugbe, has been arrested for trying to sell his employer’s car for peanuts in Calabar. He was caught by the operatives of Cross Rivers state police command.

The man was apprehended by the command’s anti-kidnapping squad while he was driving the said car to a buyer’s place.

Vanguard reports that the Toyota Camry car with plate number, KT114LH, was recovered through intelligence gathered by the police.

While the operatives were on patrol, they sighted the car and when they approached, the driver sped off, making the police chase him.

According to the police relations officer in the state, DSP Irene Ugbo, the man was arrested on Tuesday, November 30, and his employer lives abroad.

Ugbe confessed to the crime

He said that he has confessed to the crime and would be taken to court very soon.

See his photo below:

“They should arrest the buyer.”

“Later they will say don’t judge a book by its cover.”

“They are supposed to arrest the buyer too, how can you buy a car for KSh 96k.”

As previously reported by TUKO.co.ke, there was drama in Kisii town after a gateman was caught eating the forbidden fruit of a prominent pastor’s wife on his matrimonial bed recently.

The gateman, identified as Alex Nyaboke is said to have been eyeing the man of God’s wife who has been married for the last 12 years.

According to eyewitnesses, Nyaboke was seen jumping off a perimeter wall that separated his working place from the pastor’s residence.

The witness said that he did not suspect there could emerge strange drama.