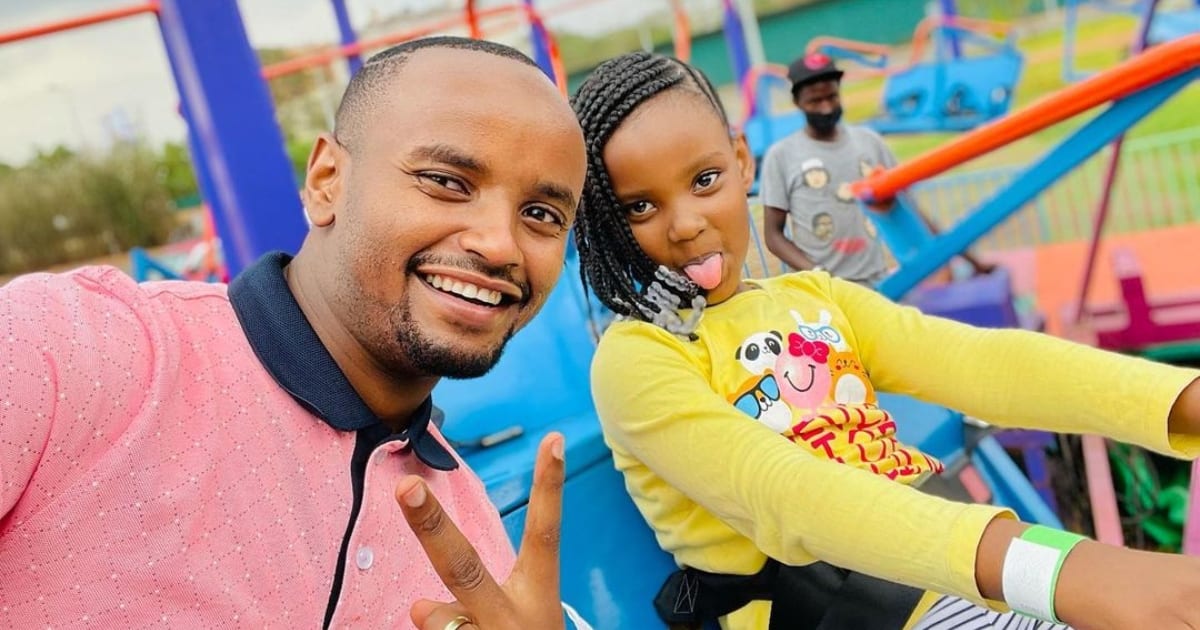 Content Creator Kabi WaJesus has defended his decision to show off his daughter Abby to fans on social media.

The YouTuber has been trying to prove to many that he’s a responsible dad since finding out that the child he once denied being his was actually his daughter.

In a new interview with YouTuber Mungai Eve, the father of two revealed the reason for showing off Abby despite her mother opposing his move.

Chats spotted by TUKO.co.ke from Abby’s mum, Ciku, on Edgar Obare Instagram account showed that she did not want the little one paraded on social media, something she noted to be Kabi’s selfish wants.

All out of love

Speaking to Mungai, Kabi divulged that he did not want to make Abby look like a secret and does not deserve to be seen.

“Because of the circumstance of my daughters birth, first of all, there’s an intertwining aspect of family, so when I think of it I see that she might see herself as a secret and does not deserve to be seen,” he said.

The influencer said he wanted Abby to know she’s not a secret to her, the society and not a bad picture in his life.

“I want her to know that she’s loved by me and I have accepted her and I want her to be part of my life just like the other babies would be,” he said.

He added that he does not want her to question why Taji and his future kids are on camera, and she’s not, adding she’s loved no matter all the plight in the past.

Kabi also disclosed that he and his daughter’s mum are distant cousins, in that their grandfathers are cousins.

He encouraged baby daddies who are not in their kid’s life to try to change it and show love hoping that they could create a relationship.

A few weeks back, TUKO.co.ke reported that Kabi showed he was not a deadbeat dad after buying his daughter’s school shopping.

Taking to his official Instagram page, Kabi shared a video of himself unpacking school stationery he had gotten for his daughter.

In his caption, Kabi thanked God for giving him the chance to play a role in his daughter’s life.

He confirmed that parenting Abby is a new journey, but he is excited to take it despite its challenges.