Kamene Goro Shows Off Her Engagement Ring, Tells Men to Stop Disturbing Her: “I’m Off the Market” 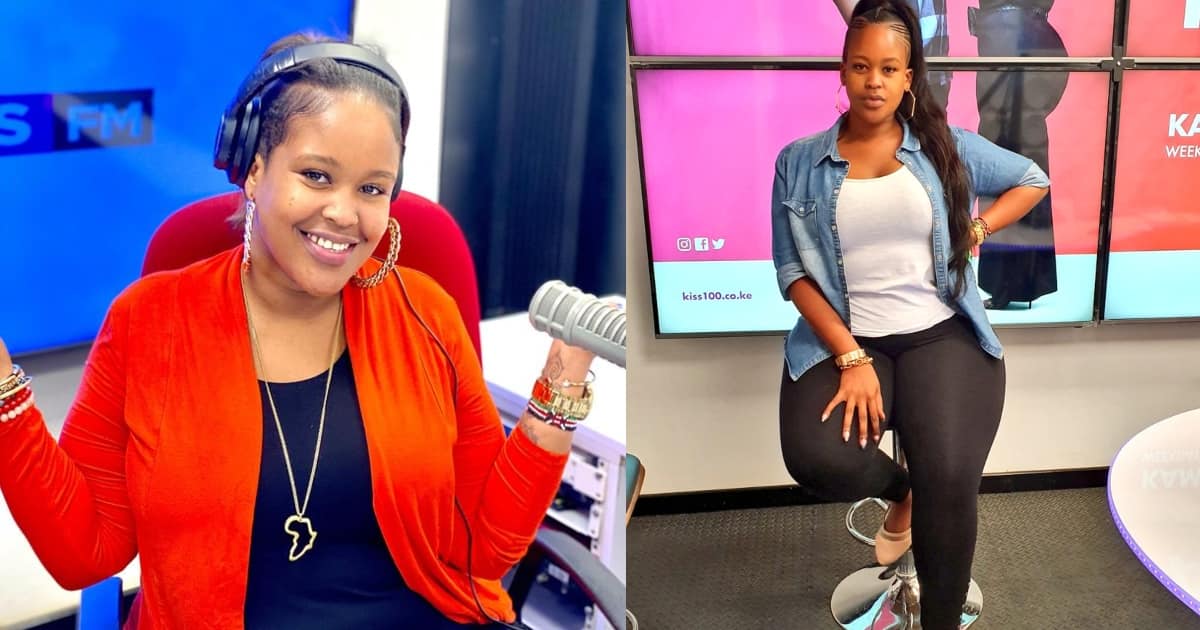 Kiss 100.3 FM presenter Kamene Goro has confirmed she is seeing someone.

While speaking during a sit down with comedian Jalang’o on his YouTube channel, the curvy radio host showed off her engagement ring to prove that she is dating.

Kamene wondered why many people believe that she is not dating even though she has been seeing someone for almost a year.

After proving the point by displaying her engagement ring, she asked men who want to shoot their shot to keep off as it is already late for them.

“I’m dating, this is my engagement ring. I don’t why people think I’m still single yet I have been dating since January! Men, please stop disturbing now,” Kamene said.

Not so long ago, the voluptuous presenter explained that she took about 70 sleeping pills in the quest to end her life after her ex-lover dumped her when she was just 23.

She explained that they had a civil wedding and were planning a destination one before things fell apart.

But as the saying goes, time heal all wounds, the radio host has healed and has now given a second chance to another man.

TUKO.co.ke recently reported Kamene disclosing she was perplexed after receiving a letter from a Mombasa Pastor asking to marry her.

In a video on Kiss 100 FM’s social media pages, Kamene could be heard narrating how the pastor audaciously dropped her the love letter that was wrapped in a brown envelope at the reception desk.

I got this letter and it is like I know this handwriting because it was not the first time. He noted hates me and had made up his mind that I m not the right woman for him but the Holy Spirit has led him back to me. He said he will build a church in Nairobi for us after he married me,” Kamene said.