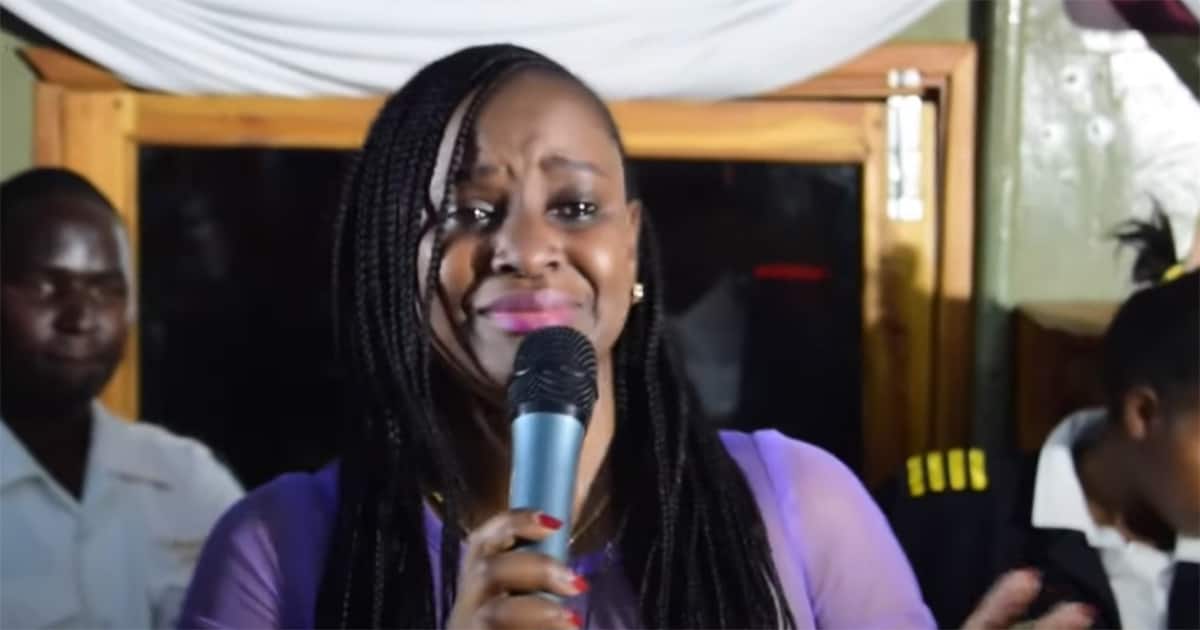 Statehouse spokesperson Kanze Dena was treated to a surprise party by her family and friends to celebrate her achievements.

Some of them took to the dance floor to have a good time, and others sat while sipping on refreshments.

When Kanze finally arrived, she was welcomed with songs of praise from family and pals, and she seemed equally happy and surprised.

She joined the guests in song and dance as she embraced all of them. As they enjoyed their meals, they were treated to live music from a saxophonist.

Gospel musician Mercy Masika then took to the stage to belt out her timeless hit Mwema.

Kanze’s guest and family then gave speeches before she finally took to the stage.

Speaking at the party, the former Citizen TV journalist wished her parents were alive to see all she had achieved.

Kanze said that were it not for her mother, she would never have become a journalist.

“I am overwhelmed. Thank you so much. I am not easy to surprise, but you almost got me this time. The greatest thing I would have wanted today was for my mum and dad to be here so they could see what was going on.

Especially for my mum because she forced me to pursue this career, I didn’t want it. But I know she is watching,” she said.

She got emotional recalling the numerous hardships she faced, saying she almost gave up at one point.

“We spent a lot of time on our knees till a time when we said ‘God, we are not partying again’. That is when it happened.

Lulu Hassan is not here, but I would never be able to thank God enough for her and Syombua. These are sisters God gave me to walk with,” she said, fighting back the tears.

Kanze concluded by saying an earnest prayer thanking God for the day and all she achieved.

Amira jumps right back into the dating pool after ugly split from hubby, Jimal (Photo)

Amira jumps right back into the dating pool after ugly split...

Karen Nyamu allegedly dumps Samidoh for ‘cheating‘ on her (Photo)