Huddah Monroe has come out guns blazing at president Uhuru Kenyatta after his speech yesterday. According to the petite socialite, the president is wrong in allocating funds to artists, yet Kenyans are starving.

According to her, it does not make sense to caution artists, yet people are struggling to try to make ends meet. Huddah feels Uhuru should have instead allocated those funds to city slum dwellers.

Ms. Monroe insisted that Uhuru should have also allocated the money to the health sector. Coronavirus, the current global pandemic, has put a strain on hospitals worldwide. 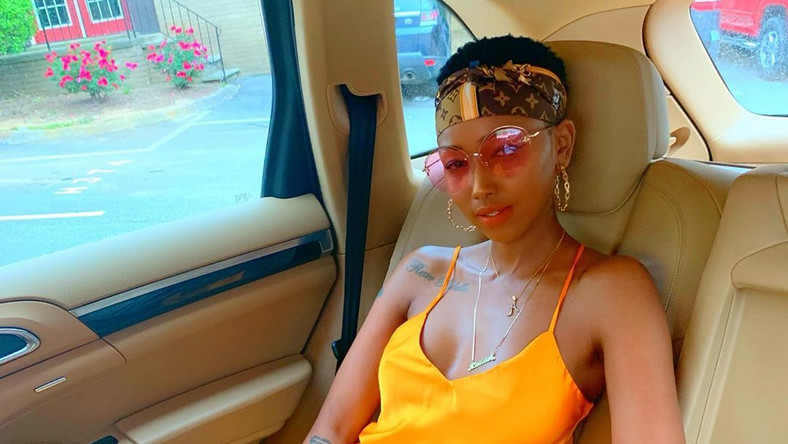 The president announced that his government had allocated Ksh. 200 million to artists. This order was active starting this month. Giving out 200 million monthly translates to ksh 2 billion assigned to the Kenyan artists.

The president further ordered the Ministry of Sports, Culture, and Heritage to disburse ksh 100 million for artists and other entertainers.

Uhuru was acting in line with his promise in January when he pledged to help out artists. His government will make the first payment this week.

“Almost $ 1 million directed to entertainers while people don’t know where to get their next meal with the lockdown! I pity my country, people. Kenya is hell. Can you imagine not even directed to healthcare or food for those in slums.” Huddah complained.

Gospel musician turned secular Willy Paul was also not pleased with the president’s directive. According to him, even though Uhuru allocated more money, he gave it to the wrong people.

He, however, added that artists need transparency instead of more funds. Bwana Mkunaji further added that those same authorities were paying artists little cash. Giving them more money does not guarantee that they will start paying out the right amount.

He questioned the methods the authorities used in paying artists. Willy Paul further added that artists are now watching to see what will happen with their money.

‘Your mother is your past. I’m your future.’ Size 8 dissatisfied for being number 2 in Dj Mo’s life

In the latest episode of ‘Dine with the Muraya’s’, talented gospel singer Size 8 decided to speak to her husband Dj Mo regarding the...
Read more
Entertainment

Maureen Waititu discloses how she met her ex Frankie Justgymit

Influencer and mother of two, Maureen Waititu made it to the cover of this month’s issue of Kenyan ladies’ favorite magazine, True Love. As it...
Read more
Entertainment

Comedian FLaqo reveals how girlfriend threw him out for being broke

Comedian Flaqo revealed how his ex dumped him because he was broke. According to the funny man, the girl was tired of waiting for...
Read more

Education CS George Magoha has issued new directives ahead of schools reopening in 2021. At the moment, most Educational facilities are serving as quarantine...
Read more

Badi summoned by Uhuru for clashing with Governor Sonko

A video of a woman beating up her husband has gone viral on social media, sparking different reactions. The video starts with the woman biting...
Read more

President Uhuru Kenyatta has called on Kenya citizens to take advantage of this pandemic period to travel around the country and enjoy its beautiful...
Read more

Tourism CS Najib Balala has canceled the appointment of Pauline Njoroge as a board member of the Tourism Regulatory Authority after a public uproar. Balala...
Read more

In a move to promote a society free of alcohol, the Kenya Alliance of Residents Association (KARA) has partnered with the National Authority for...
Read more

Lemon and ginger are not cures for COVID-19, Dr Patrick Amoth has come out to say. Following speculations that a concoction of the three cures...
Read more
Loading...