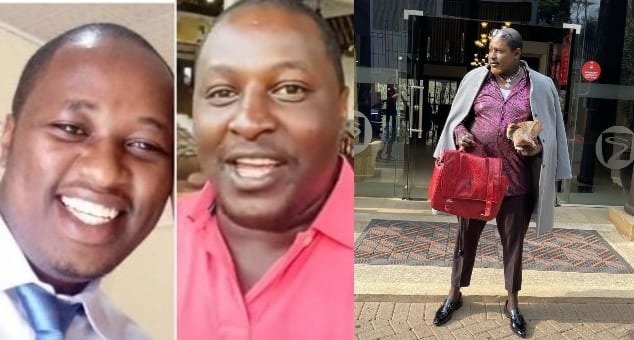 Science dictates that there are quadruplets doppelgangers across the world and this has been confirmed several times by various lookalikes.

With that in mind, TUKO.co.ke came across a Kenyan man whom we can say might be comedian Terence Creative’s first copy of the four doppelgangers.

A Kenyan man identified as Daniel Njaramba recently left man people with unanswered questions after unveiling himself to the public for their perusal and judgment.

Njaramba shared several photos of himself on his Facebook account and asked Kenyans to confirm to him if indeed he shares a striking resemblance with Terence Creative.

The man, through a number of his posts, said his resemblance to Terence has been giving him sleepless nights, wondering if the comedian could be his biological brother.

Njaramba has, therefore, started a mission to meet Terence Creative to confirm whether they are brothers, or related in any other way.

Kenyans on social media somewhat agreed that the two could be relatives owing to their resemblance.

Several side by side photos of Njaramba and Terence left Kenyans in awe since the two have a lot in common.

From their body sizes, smiles, dimples and even complexions, one can absolutely confuse the two for twins.

As earlier reported by TUKO.co.ke, Jalang’o interviewed Mutisya on his YouTube channel and inquired from Mutisya whether he had asked his mother about their uncanny resemblance.

“Did you ask your mother whether my dad had visited her?” Jalang’o asked and Mutisya responded in the affirmative.

“I asked who had uploaded my photo on Facebook,” said Mutisya, who hails from Makueni.

Mutisya, a fourth-year student studying software engineering at Pioneer International University, said he has been looking for the Lang’ata MP hopeful for the past four years.

The student, currently living in Pipeline, told Jalang’o he does not want money from him.

“I don’t want money because I will spend it. If you could help me get one advert then I could build my future and clear my school fees,” he said.

The Kiss 100 presenter admitted not even his family members closely resemble him as Mutisya does.

He then promised to look into Mutisya’s request saying:

“If the advert does come you will play the role of a younger Jalang’o.”

Jalang’o inquired from Kenyans whether they look alike and they responded positively, holding indeed ”they look together”.