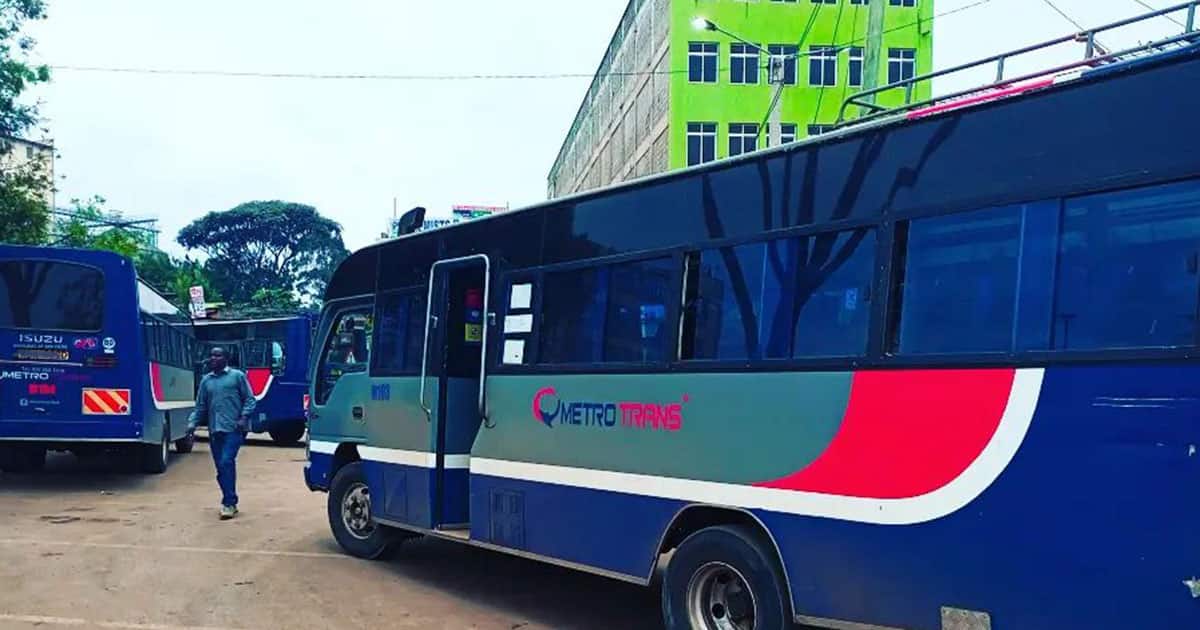 A Metro Trans matatu conductor who returned an envelope containing KSh 200,000 a lady forgot in his vehicle has urged his colleagues to emulate his example.

Jobson Motari’s kind act was made public by the lady, Doreen Nyamuzi, who said the money was meant for her mother’s hospital bill.

“I boarded a matatu from town to Kairia two weeks ago and left an envelope with KSh 200,000 in the vehicle. I was going to pay my mother’s hospital bill.

Luckily, I asked the conductor, and he returned my envelope,” she wrote while urging Kenyans to promote Motari.

TUKO.co.ke got a hold of Motari, who recounted the incident.

“She was seated next to me and forgot the envelope when she alighted. So I opened it and found money inside.

I went to town for another trip, and on returning to Kabiria, I found her waiting for me, and I returned the money,” he said.

Motari urged fellow matatu operators to follow suit, saying one should not take another person’s property.

He also stressed the need for good customer relations not only in the matatu sector but other businesses as well.

“I have shown an excellent example in customer relations. As a conductor, it is good to build a good relationship with clients.

You must keep their property safe and treat them with respect,” he told TUKO.co.ke.

“Goodness is about character. Integrity, honesty, kindness, generosity, moral courage, and the like.

More than anything else, it is about how we treat other people,” the company wrote.

In other news, TUKO.co.ke reported that a Nairobi matatu conductor attached to the Super Metro transport company was celebrated for his kind act to a passenger.

Elijah helped an elderly Indian woman who was in his matatu cross the road to board another vehicle.

Social media users reacting to the post wished blessings upon the kind conductor.

Anita Nderu Weighs In On Banning Of Gay Students From Boarding Schools by Magoha, Says She Supports LGBTQ Community

Comedian Akuku Danger Set To Be Discharged From Hospital (Video)

Anita Nderu Weighs In On Banning Of Gay Students From Boarding...

Comedian Akuku Danger Set To Be Discharged From Hospital (Video)

Never seen before photo of Krg the Don with ex wife,...

The 355 movie review: Inside the dangerous and intriguing lives of...