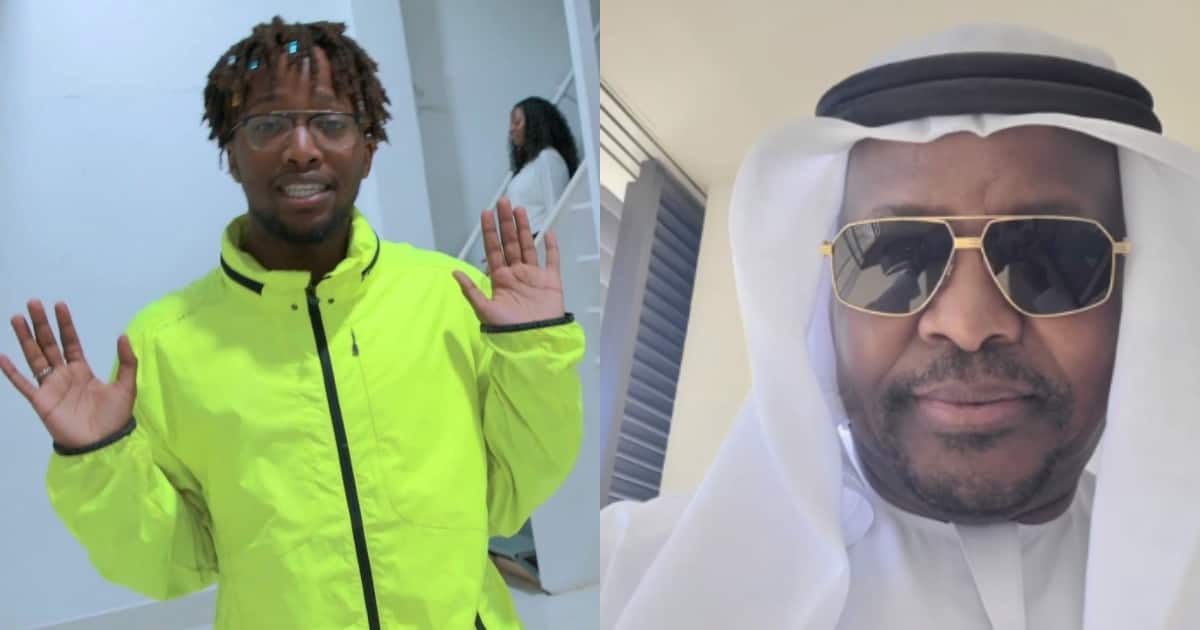 Health Cabinet Secretary (CS) Mutahi Kagwe’s son rapper Kahush has shown another side of his dad that many do not get to see.

The politician is known for his no-nonsense approach, especially in recent years as he led the health ministry in stopping the spread of COVID-19.

However, he seems to have a soft side to him and this was shown by his beloved son Kahush.

The rapper went on his Instagram stories on Thursday, November 25, to share a photo of his father in Arabic wear.

In the selfie, one could see that the CS was donning the thawb and shemagh, looking like a top Middle East sheikh.

Kagwe was also donning pretty cool shades with the temples and edges gold coated, showing that he has a lavish side.

This is because the minister is known to advocate for youth against drug consumption and has declared one as illegal in the recent past.

Not worried about memes

Late last year, Kahush opened up on his music career and how his dad’s position in the country has affected him.

Speaking to Jalang’o on Friday, September 25, the talented rapper said he has not in any way been affected by the many memes about his dad.

According to the 20-year-old, he is not a fan of social media, so it is easy for him to focus on himself and not what people are saying about his dad.

“I do not know anything about my dad’s memes. It is not my business. I am just doing music. Every man has his own life and everybody does their own business. I am not even on the internet so much so I do not see much,” said Kahush.

Talking about his music journey, Kahush said he started singing at a very young age and has held on to his passion all along.

The talented rapper said he has learnt to balance between his studies and his music career.

Maina Kageni Says He Will Retire from Radio in 2022, Plans to Run Club in Us

Mulamwah Flaunts Over KSh 50k in Dollars Days After Breakup with Lover: “I Don’t Do Kenyan Money”

Maina Kageni Says He Will Retire from Radio in 2022, Plans...

Mulamwah Flaunts Over KSh 50k in Dollars Days After Breakup with...

Who is Aneliz Aguilar Alvarez? The story of Pepe Aguilar’s wife