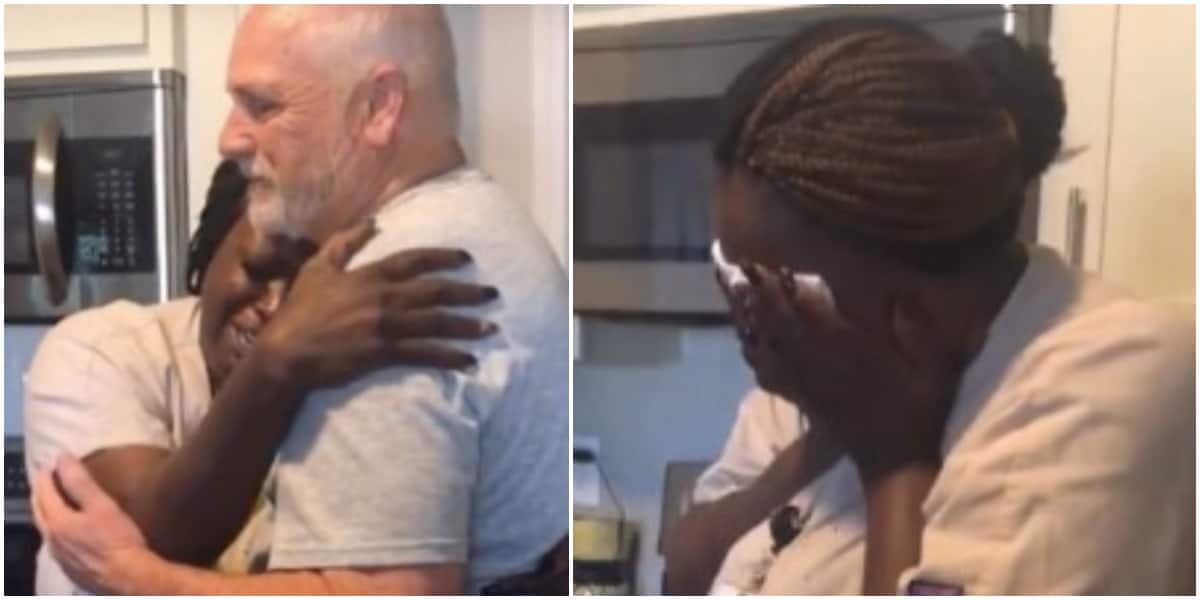 In the year 2014, a woman identified as TunDe Hector was headed to a gas station to get gas with her last KSh 500 when a meeting that would forever alter the course of her life happened.

CBS News reported that Hector who was going through financial problems coupled with her divorce had stepped out in the rain to make the purchase when a stranger spotted her.

The stranger identified as Chris Wright was going to church with his family and circled back to where Hector was after dropping them off.

Chris drove Hector to the gas station filled her empty can and gave the struggling woman all the cash he had on him at that time which totalled KSh 4,000.

Speaking on the rationale behind her husband’s action, his wife Carmen said:

“You know when you have an urge and a desire something to do good?

“He was raised that way. He’s kind and generous to everyone. He’d never picked up anybody before, but he felt compelled.”

Chris and Hector never saw each other after that incident.

Fate brought them together again in an emotional fashion

It turned out that 3 years later, Chris’ mother Judy was down with Parkinson’s disease and was told she had few weeks to live.

Her family got the services of nurses to look after their mum and it turned out Hector was one of the nurses.

Hector offered utmost care to the ailing woman unknown to her Judy is the mother of her benefactor 3 years ago.

Goalcast reported that Hector had shared the incident of that fateful day in 2014 with Judy and her family only to discover that the kind man who showed her kindness was present.

Unfortunately, after that reunion, Judy passed away.

They started a fundraising for her

However, Hector was said to have continued checking up on the family after that until one day they overheard her discussion with an advisor in which it was stated that she owed money for some classes.

They also discovered that Hector had an ambition of getting into nursing school and they immediately started a fundraising for her.

The fundraising which was targeted at raising just KSh 100,000 for Hector got over KSh 3.4 million.

TUKO.co.ke previously reported that a kind filling station worker who paid for a woman’s fuel was rewarded with 8 years worth of his salary.

The filling station worker Nkosikho Mbele who happened to be the attendant on duty had first begun wiping the lady’s car screen before rendering the service she requested.

It was when Mbele wanted to fill her car that the lady Monet discovered she had forgotten her card at home.

The 28-year-old petrol attendant then stepped in with a solution.

He offered to pay for her fuel with his card with the promise that Monet would return it when next she stopped by.

He then went on to fill her car after paying KSh 700 with his card.