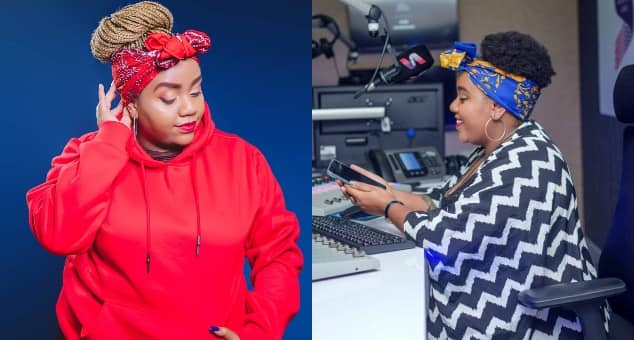 Sound City Radio presenter Rae Kiragu has shared with the world how her baby daddy swindled her savings.

Rae, a renowned media personality recently disclosed her baby daddy brought her back a few steps in life after spending savings she has set aside to set up a business.

Speaking during an interview with Buzz Central, Rae said she decided to save money so they could get a loan from a Sacco after a certain time since banks were not extending loans due to the COVID-19 pandemic.

According to Rae, the account at her Sacco was dormant hence could not qualify, therefore, they decided to save in her baby daddy’s account.

Rae disclosed that it was not a joint account but she trusted her man because she believed the money was ”theirs”.

However, she was met with the shock of her life six months later when they wanted to approach the Sacco for a loan so they could start their business.

“It was during COVID-19 pandemic in 2020 and banks were not giving loans so we started saving. I did not have a Sacco account but had one which was dormant. We saved it in his account, the account was not joint. When they say love is blind, you see all the red flags afterwards. I was just there on trust and love because I thought it is ours. Six months later, we were going to the Sacco to get a loan and start a business. I will never forget that new year’s eve,” Rae disclosed.

The radio host said she learnt the baby daddy had used up all the savings in his account and had even tried to borrow a substantial amount from her brother to replace it.

“My brother called me saying my boyfriend had called him borrowing a substantial amount of money. When I asked my boyfriend about it, he laughed with me. The next morning I called my bro back and he goes, ‘this guy borrowed x amount of money, are you guys good?’ This was now six months of savings that we are supposed to get the loan in January 2021. It turns out the x amount he borrowed he was trying to cover for the savings money he had used,” Rae added.

The journalist did not receive the money back and did not share what happened after the shocker of her life.