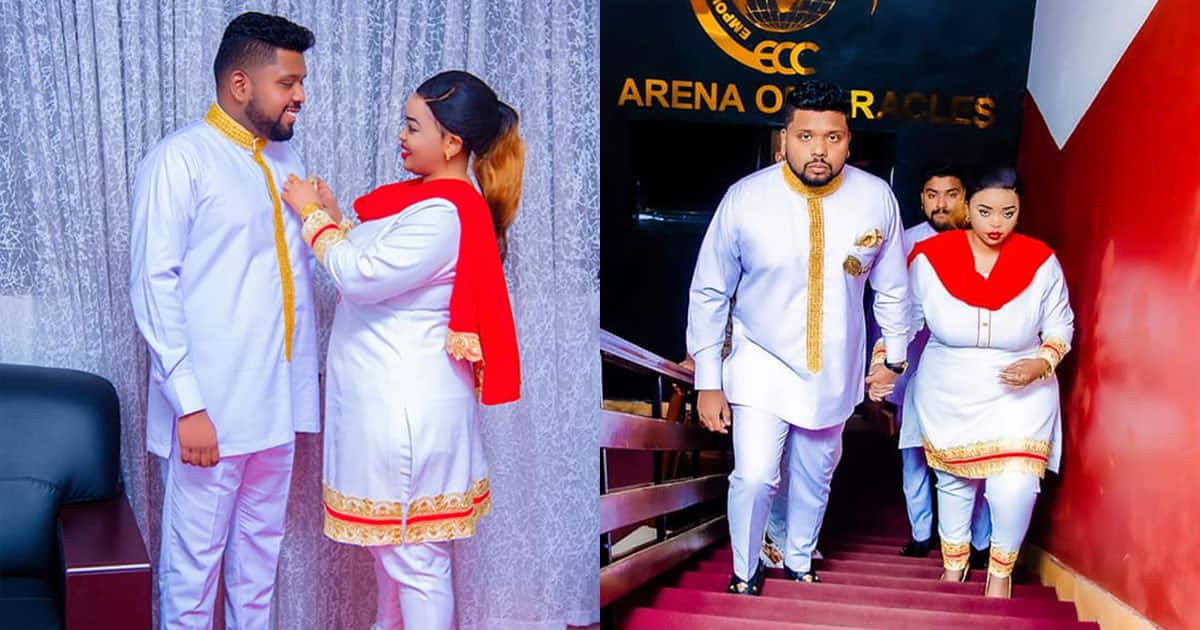 Via a social media message on Saturday, November 27, Natasha subtly hinted that she had met her match in an Indian preacher.

The pretty preacher shared numerous images alongside the man, identified as Prophet Carmel.

The two wore matching white sarees with yellow accents, with one image depicting Natasha adjusting his outfit as they smiled at each other.

Natasha then wittily informed her followers that she was off the market by quoting a Bible verse.

“He has made everything beautiful in its time,” she stated, quoting part of Ecclesiastes 3:11.

In a separate post, Natasha shared images depicting them arriving at her Nairobi church hand in hand, proving their relationship is not just about the ministry.

The two were welcomed to the Empowerment Christian Church in Nairobi by smartly dressed ushers.

Carmel could be seen holding a white and red bouquet as Natasha walked by his side. They later preached at the church.

The photos of Natasha and Carmel caused a stir online, and Kenyans reacted by saying:

“Congratulations Rev. Natasha, God is always on time. Am so happy for you. This is a great day. God doesn’t forget his own. Glory to God in the highest.”

“Congratulations. God is never late. He is a Rewarded of them that seek Him diligently.

Natasha previously refuted accusations that her church was involved in ungodly activities.

“As a ministry that is very active in preaching through various social media platforms, we seek to unequivocally dissociate ourselves with a malicious story tarnishing the reputation of Rev Natasha and the ministry we are doing.

In the greatest words, the story and expose going round is totally false, unfounded, and out there to disparage our mandate,” a statement from the church read.

The post further said that the alleged Martha Mwihaki Hinga, who came out with an expose, is a Pseudo account and that the account has now been deactivated.

Never seen before photo of Krg the Don with ex wife, Linah before the money and fame

Never seen before photo of Krg the Don with ex wife,...

The 355 movie review: Inside the dangerous and intriguing lives of...

Akothee on why she regrets the day she became famous