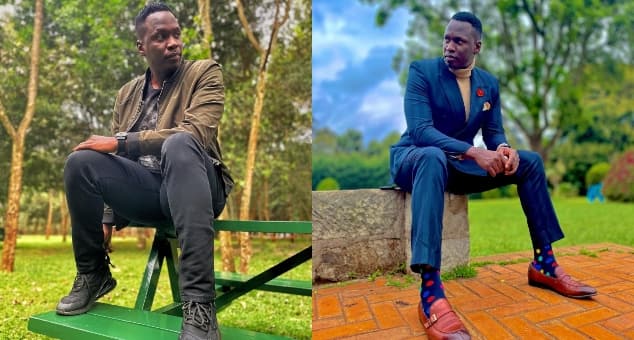 Selina actor Brian Ogola has shared with the world how a close friend conned him and his family.

Conned by a friend

Ogola disclosed that he wanted to get his family a car and a friend who is also a car dealer claimed he could help him import one.

Well, the actor, in a bid to get his hands on the car paid the car dealer a downpayment of KSh 500,000 and was to clear the balance once the car arrived in Kenya.

Speaking in an interview with Buzz Central, Ogola said he was given an invoice and asked to wait for about a month for his car to be imported.

“We wanted to buy a car as a family and my mum told me, ‘There is this family friend who got my friends all their cars and he knows what he is doing so let us just work with him’. So we met up and gave him KSh 500,000 as a downpayment. We were given the invoice and told the car is in transit and will get it in a month. Four weeks later, George was not calling us,” Ogola said.

Well, since he had grown impatient, he decided to call the car dealer in vain.

It was then that he decided to use an online platform to track the car in transit and was shocked to learn the said car was so old that it could not be allowed into the country.

“After the fifth week, I found out that there was an online portal for me to track the car. So, I got online and typed my invoice number. There was nothing, when I typed the chasis number, it showed a car that is not even allowed into the country because it was too old. We went to ask his wife and she said she broke up with him and they are no longer together. Eventually, we had to accept we had been conned,” Ogola added.

In other related news, Ogola’s fellow actor Robert Agengo opened up about his relationship with his five baby mamas.

Robert Agengo, who acts on Zora openly claimed he does not believe in marriage.

The celebrated thespian noted that he prefers loving and living with his six children to being in a committed union with a woman.

Robert said the only reason he does not believe in the marriage institution is that he does not want to be responsible for anyone’s happiness or sorrow.