More
HomeEntertainmentWanja Mwaura Puzzled as Her Teen Children Refuse to Speak to Her:...
Entertainment

Wanja Mwaura Puzzled as Her Teen Children Refuse to Speak to Her: “Very Dramatic” 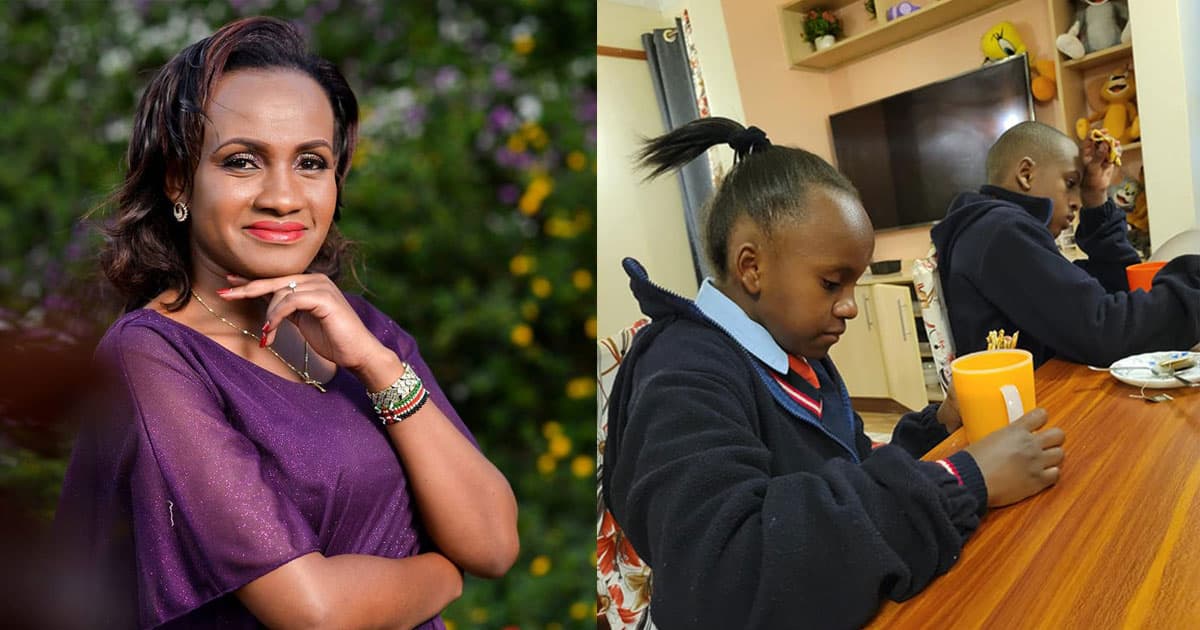 Wanja Mwaura, a Kenyan lady famous for her kindness, has shed light on parents’ challenges with teenage kids.

Via a social media post on Thursday, December 2, Wanja said her two children, a boy and girl, woke up moody and were not talking to her.

According to Wanja, the two were not speaking to each other, and her efforts to establish what was bothering them bore no fruits.

“I don’t know why these two are not in the mood this morning. They are not even talking to me. The way they are dragging themselves to prepare to go to school says it all.

They are not talking to each other either. When I ask them what is going on, the reply is nothing,” she stated.

The philanthropist stated that she hoped the two would not take the attitude to class while saying parenting teenagers is not a walk in the park at times.

“Being a mother to teens is quite interesting and at times it is very dramatic, they can make you bang your head on the wall,” she wrote.

Her social media followers gave their input on the matter. Here are some of the comments:

“Mood swings. It wears down when one starts to focus on other distractions. Watch them when they step out of the house and check the change.”

“It’s time you check your schedule. Make sure you always have enough time for them, despite many commitments.”

“Every human being has mood swings.”

TUKO.co.ke recently reported that two months after Wanja pledged to build a house for a needy family in Thika, she kept her promise.

Wanja handed over the permanent, four-bedroom house to the family who lived in a shack.

During the handover ceremony, Wanja expressed gratitude to all those who contributed to the cause.