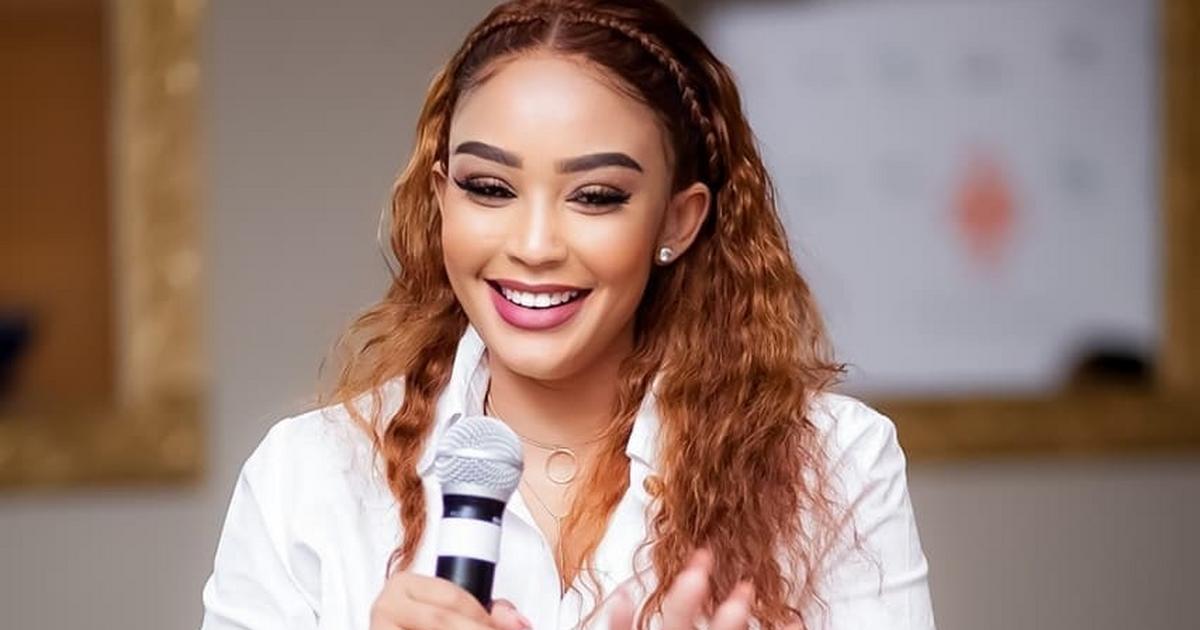 On Wednesday, Ms Hassan was forced to address her viral black innerwear video that had become a topic of discussion in Tanzania.

The mother of five opted to school her critics with an explanation that you can’t wear a white dress with a white innerwear. She was pushed to give the explanation after exposing her innerwear accidentally during her birthday party.

“Apparently my black underwear I trending, I don’t know why it trending since my birtdhy till now. People are like why black underwear? I was wearing a white dress and obviously if I wore a white underwear it would have made marks.

“Nawaambianga mtumie akili but it seems common sense is not common to you all, you cannot wear a white underwear in a white dress na siwatukani nawafundisha, Yaani nashangaa watu wengi mnachukua vitu ambavyo havina maana mnavifanya headlines. You are so jobless like that,” said Ms Hassan.

She went on to state that the viral video was not intentional but Tanzanians decided to blow everything out of proportion.

“Something that was not intentional. And its headlines now. You are jobless. Even if its blogging, you really lack content. Spend that time on you are investing in me on yourself. Try it for a month. Just a month, you will see a difference in your life. my sisterly advice. See me there living my life now see your life,” she added.

This is not the first time Zari Hassan is lecturing Tanzanians. In January she was on another bitter rant telling Tanzanians and netizens at large to keep off her son after gay rumours surfaced online.

In a video, Zari maintained that her son is not gay but opted for the gay tag as a defense mechanism against older women seducing and sending him nudes on Instagram.

“There been videos of my son trending where he came out to claim that he is gay. And it’s been blow out of proportion, and lets clear one thing. Raphael is not Gay, he is dating and he actually started dating since was like 14…he is not Gay, but for example if Raphael turned out to be Gay today, as his parent, him mom it’s something am gonna support him through, its my duty as a parent because that would be a choice that he has made, a life he has decided to live, to be gay but for now we gonna clear that air to say Raphael is not gay,” said Zari Hassan.