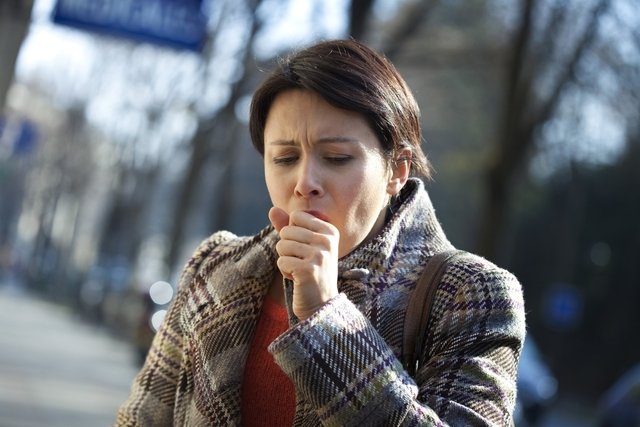 Asthma and bronchitis are two inflammatory airway conditions that have some very similar symptoms, such as difficulty breathing, coughing, tightness in the chest, and tiredness. For this reason, it is relatively common for both to be confused, especially when a medical diagnosis does not yet exist.

However, these conditions also have several differences, the most important of which is their cause. While in bronchitis inflammation is caused by a virus or bacteria, in asthma there is still no specific cause, and it is suspected that it may arise from a genetic susceptibility.

Thus, it is very important to consult a pulmonologist, or even a general practitioner, whenever a respiratory problem is suspected, to make the correct diagnosis and initiate the most appropriate treatment for each case, which varies according to the cause.

To try to understand if it is a case of asthma or bronchitis, one should be aware of some differences, which include:

Although both have coughing and difficulty breathing as common symptoms, bronchitis and asthma also have some more specific symptoms that can help distinguish the two conditions: