More
HomeHealthHealthCysts: what they are, types, causes and treatment
Health

Cysts: what they are, types, causes and treatment 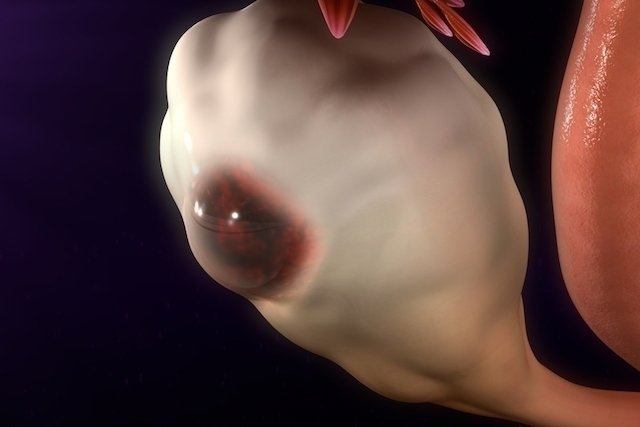 Cysts are types of nodules filled with a liquid, semi-solid or gaseous content, like a kind of pouches, and are, in most cases, benign and asymptomatic. Cysts can develop anywhere in the body, being more common in organs such as the breast, thyroid, ovaries, liver or joints, for example.

The development of cysts can happen due to infections, traumas, obstruction of the sebaceous glands, or even genetics, and usually do not need treatment, unless in situations that require further investigation or when they present characteristics that are suspected of seriousness. , which can be aspirated with specific needles or removed with surgery.

There are several types of cysts, which must be evaluated and identified by the physician, the main ones being:

The cyst in the ovary, most of the time, is benign, not posing any risk to the woman’s health. Generally, they arise due to hormonal changes present throughout the menstrual cycle, pregnancy, menopause or as a consequence of the use of some hormonal drugs.

How is the treatment: in most cases of ovarian cysts, no treatment is required, and may regress spontaneously, and it is only necessary that the gynecologist be consulted regularly to assess its development.

However, in cases where the cyst grows too large and causes symptoms, when there is a risk of rupture or torsion, or when signs of malignancy are identified during the ultrasound examination, the gynecologist may indicate surgery to remove the cyst. and use of oral contraceptive medications to prevent the cyst from continuing to develop, and pain relievers to relieve symptoms.

Naboth’s cyst can form in the cervix, due to the accumulation of mucus released by Naboth’s glands, when their ducts become clogged and prevent the passage of mucus. These cysts are common in women of childbearing age and are not a cause for concern as they are usually benign.

How is the treatment: although Naboth’s cyst is not a cause for concern, the gynecologist may indicate electrocauterization, especially in cases where several Naboth’s cysts are not identified, as it can change the shape of the uterus.

Baker’s cyst arises in the knee joint and is seen as a lump located at the back of the knee. This cyst arises due to the accumulation of fluid in the joint, which can happen as a consequence of arthrosis, meniscal injury, rheumatoid arthritis or gout, which can cause pain and stiffness at the cyst site, making movement of the knee difficult.

How is the treatment: normally this type of cyst does not need treatment, however, in cases where there is pain, physical therapy, fluid aspiration or surgery may be recommended, which is indicated when the cyst ruptures.

The sebaceous cyst is a kind of lump that forms under the skin, filled with keratin and other materials derived from the skin, also called sebum, white in color, semi-solid and soft to the touch. This cyst usually forms after trauma to the skin or inside hair follicles, is benign and does not need any treatment.

How is the treatment: treatment for sebaceous cysts may be indicated when it causes discomfort, grows a lot or causes pain due to inflammation or infection, in which case a small surgical procedure is indicated.

A simple cyst in the kidney is usually benign and does not usually cause symptoms, requiring only follow-up by a doctor. However, if the ultrasound exam shows suspicious signs of a serious lesion, such as an abscess or cancer, the physician should indicate a more in-depth investigation, with tomography, magnetic resonance and, if necessary, a puncture to analyze its contents.

How is the treatment: The treatment for kidney cysts can vary according to the size, number of cysts identified and symptoms presented by the person, and the physician may recommend the use of medication and surgery to remove the cyst or kidney, in case there are several cysts.

The pilonidal cyst is characterized by a pouch made up of material from sebaceous and sweat glands, as well as pieces of skin and hair, which usually develops at the end of the spine, just above the buttocks, generating symptoms such as pain, swelling, heat and fissures in the skin.

How is the treatment: the main form of treatment for a pilonidal cyst is its removal through surgery.

Bartholin’s cyst occurs due to an obstruction of the Bartholin’s gland, which is located in the anterior part of the vagina and which is responsible for lubricating it during intimate contact. This cyst is usually painless, causes no symptoms, and can heal without treatment.

How is the treatment: in most cases it is not necessary to perform treatment for Bartholin’s cyst, however when signs of inflammation or infection of the cyst are identified, the gynecologist may indicate the use of anti-inflammatory drugs, antibiotics or even surgery.

A synovial cyst is a benign tumor, filled with clear fluid, that forms close to joints, especially the wrist, but also knees, ankles, or feet. Although the causes are not yet very well defined, it is usually associated with trauma, injuries from repeated strain or joint defect, and although it does not always cause symptoms, it can cause pain, loss of strength and sensitivity at the site, in addition to cosmetic complaints.

How is the treatment: this cyst may disappear naturally, however if it is large in size, the doctor may prescribe anti-inflammatory drugs and aspiration of fluid in some cases.

The arachnoid cyst is a collection of cerebrospinal fluid between the membranes that cover the brain, and it is usually congenital, that is, being born with the baby, this can happen with brain lesions, tumors or infections, with meningitis . Usually these cysts are asymptomatic, however, if they grow they can damage the brain and therefore need treatment.

How is the treatment: treatment for arachnoid cysts is surgery, the type of which may vary according to the person’s symptoms, age, location and size of the cyst.

The simple cyst in the liver, most of the time, does not produce symptoms or any changes in the body. In addition, it is not usually serious and is not a sign of cancer, but it is important that it be monitored regularly by the doctor so that it is possible to identify any change in size or appearance of a sign of malignancy.

How is the treatment: the treatment for liver cysts can vary according to the cause and type of liver cyst, and the doctor may recommend surgery to remove the cyst or, in more severe cases, remove a part of the liver or undergo a transplantation. organ.

Breast cysts are usually asymptomatic and benign, and usually appear in women aged between 40 and 50 years, and are formed by fluids.

How is the treatment: most of the time, only monitoring of the lesion is necessary, however, when they cause pain, discomfort, grow over time or when they start to present other suggestive characteristics of malignancy, they must be punctured by the physician for a better evaluation of its content.

The cyst can be caused by several factors, depending on its type and location. Some of the most common causes are:

In some cases, they can also develop due to injuries or trauma to tissues in the affected region, which is common in cysts that appear in the joint region, for example.

Cysts are usually benign nodules and can disappear even without treatment. However, they must always be watched as, in some cases, they can grow a lot or present suspicious characteristics, such as having a solid content, requiring further investigation and treatments guided by the physician.