Erythema nodosum: what it is, symptoms, causes and treatment 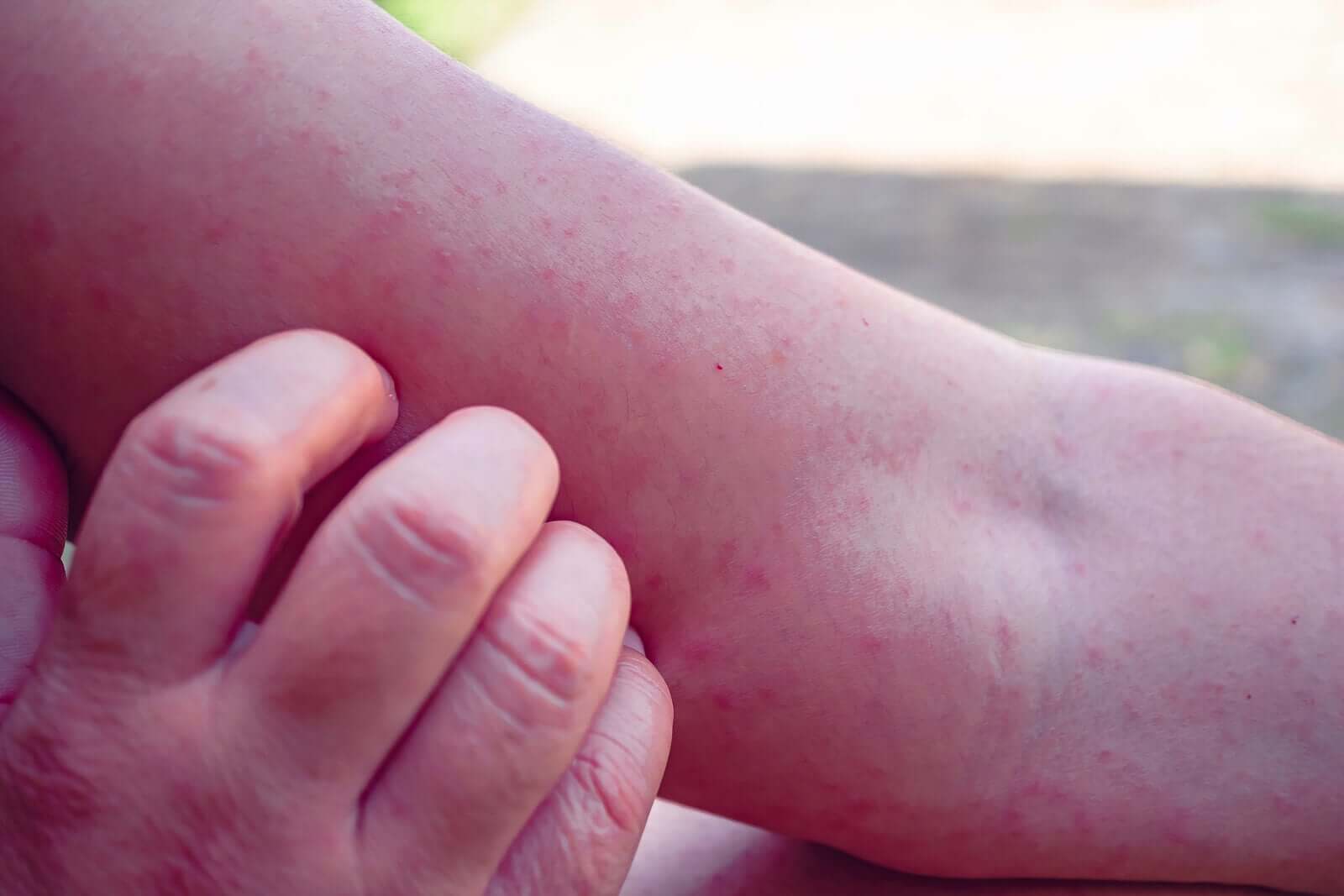 Erythema nodosum corresponds to a purple or red nodule that can appear on the skin, especially on the shin, happening due to inflammation of the layer of fat that is under the skin.

The appearance of these nodules can be a consequence of infection by bacteria or viruses, or be related to autoimmune diseases or drug use, and it is important that the cause is investigated by the dermatologist or general practitioner so that the need for treatment can be evaluated.

In most cases, erythema nodosum disappears after a few weeks, without the need for treatment, however the method may require the person to rest and use anti-inflammatory drugs to reduce the pain.

The symptoms of erythema nodosum usually appear more easily in women between 20 and 30 years old, but it can happen to anyone of any age, being mainly observed in the shin region and, in some cases, in the arms.

Erythema nodosum is characterized by the appearance of red or purple nodules on the skin, which can cause pain, especially in the joints. In addition, there may be a low-grade fever, tiredness, loss of appetite and enlarged lymph nodes.

How the diagnosis is made

The diagnosis of erythema nodosum must be made by the dermatologist or general practitioner based on the observation of the signs and symptoms presented by the person. In addition, in some cases, a biopsy of the erythema may be indicated to assess its characteristics and, thus, verify the severity of the inflammation and the possible associated cause.

In addition, to better identify the cause responsible for erythema nodosum, the doctor may recommend performing a chest X-ray, blood tests, and skin testing for tuberculosis.

The appearance of erythema nodosum can be triggered by several factors that lead to an immune system response, the main ones being:

However, there are people in whom the cause may not be found, and in these cases it is called idiopathic erythema nodosum.

How is the treatment done?

In most cases, erythema nodosum disappears on its own within 6 weeks, without the need for specific treatment. However, the doctor may recommend the use of certain medications to speed recovery and relieve the pain and discomfort that may be associated with erythema nodosum.

In addition, it is important that the cause of erythema nodos is identified, so that the doctor can recommend specific treatment, if necessary. Thus, according to the cause, suspension of the drug responsible for the erythema, use of antibiotics or antivirals may be recommended.

Another way to promote relief of the symptoms of erythema nodosum is through natural measures. A good option is to increase your consumption of foods that control inflammation, such as garlic, turmeric, cloves, fish rich in omega-3s, such as tuna and salmon, citrus fruits, such as oranges and lemons, berries, such as strawberries. and blackberries, and vegetables such as broccoli, cauliflower and ginger. Check out the full list of anti-inflammatory foods.

In addition, it is important to avoid foods that can worsen the inflammation and symptoms of erythema nodosum, such as fried foods, sugar, red meat, canned goods and sausages, milk, alcoholic beverages and processed foods.

However, natural treatment should not replace the treatment and recommendations indicated by the doctor, and should only be complementary.