More
HomeHealthHealthImmunoglobulin E (IgE): what it is and why it may be high
Health

Immunoglobulin E (IgE): what it is and why it may be high 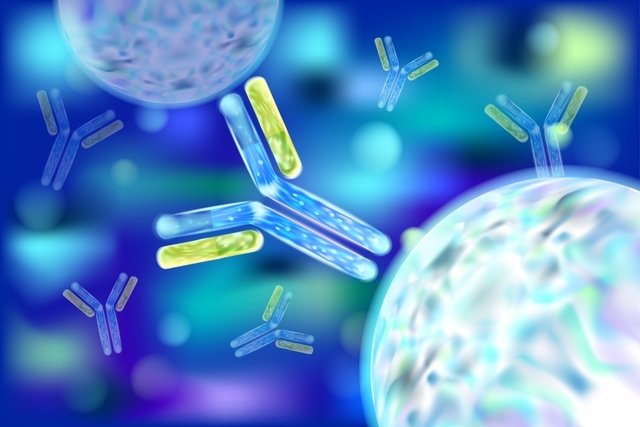 Immunoglobulin E, or IgE, is a protein present in low concentrations in the blood and normally found on the surface of some blood cells, mainly basophils and mast cells, for example.

Because it is present on the surface of basophils and mast cells, which are cells that normally appear in higher concentrations in the blood during allergic reactions, IgE is generally related to allergies, however, its concentration can also be increased in the blood due to diseases caused by parasites and chronic diseases such as asthma, for example.

The dosage of total IgE is requested by the doctor according to the person’s history, especially if there are complaints of constant allergic reactions. Thus, the dosage of total IgE can be indicated to check the occurrence of allergic reactions, in addition to being indicated in suspected diseases caused by parasites or bronchopulmonary aspergillosis, which is a disease caused by a fungus and that affects the respiratory system.

Despite being one of the main tests in the diagnosis of allergy, the increased concentration of IgE in this test should not be the only criterion for diagnosing allergy, and an allergy test is recommended. In addition, this test does not provide information about the type of allergy, and it is necessary to measure IgE in specific situations in order to check the concentration of this immunoglobulin against various stimuli, which is the test called specific IgE.

How is the exam taken

To do the IgE test it is not necessary to fast, a blood sample is collected and sent to the laboratory for analysis. The result is released in about at least 2 days and the concentration of immunoglobulin in the blood is indicated, as well as the normal reference value.

It is important that the result is interpreted by the doctor together with the results of other tests. The total IgE test does not provide specific information about the type of allergy, and complementary tests are recommended.

The value of immunoglobulin E varies according to the person’s age and the laboratory where the test is performed, which can be:

What does high IgE mean?

The main cause of increased IgE is allergy, however there are other situations in which there may be an increase in this immunoglobulin in the blood, the main ones being:

Furthermore, IgE can also be increased in the case of inflammatory bowel diseases, chronic infections and liver disease, for example.

Hyper IgE syndrome is a type of primary immunodeficiency in which levels of IgE above what is considered normal for the age can be noticed, as well as increased levels of circulating eosinophils. In this type of alteration it is possible to have eczema, appearance of abscess by bacteria in the skin, lungs and joints, in addition to a decrease in bone mass and an increase in the frequency of fractures.

It is important that the general practitioner, rheumatologist or immunoalergologist be consulted so that it is possible to conclude the diagnosis and start the most appropriate treatment according to the symptoms presented by the person, which may involve the use of antibiotics, antihistamines or skin creams .