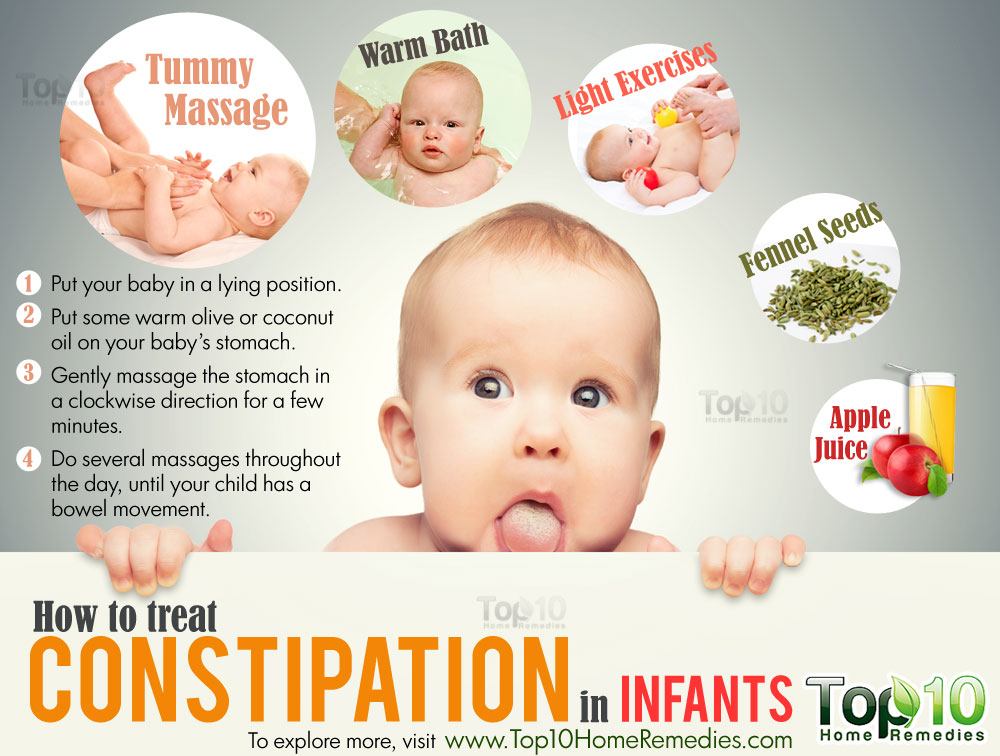 Some laxative remedies, such as lactulose, glycerin suppository and sorbitol, can be indicated by the pediatrician for the treatment of constipation in the baby, as they help to soften stools and increase bowel movements, facilitating the elimination of stools and relieving the symptoms of constipation such as colic, hard and dry stools.

Constipation is a very common problem in babies, especially in the first year of life, because their digestive system is not yet well developed, but it can also be related to the introduction of complementary food after 6 months of life, or to potty training. .

These laxative remedies should only be used on the advice of a pediatrician after evaluating the symptoms and diagnosing the cause of constipation. Check out the main causes of constipation in babies.

The main laxative remedies considered safe and that can be indicated by the pediatrician are:

Lactulose is a sugar that is not absorbed by the intestine, but is metabolized there, causing fluid to accumulate in the intestine, making the stool softer and thus facilitating its elimination.

This remedy can be found in pharmacies or drugstores, in the form of syrup, with the trade names Normolax, Pentalac or Lactuliv, for example, and should be used with pediatrician indication by lactating women or children from 1 to 5 years old. Learn how to use lactulose.

The glycerin suppository should not be used by children under 2 years of age unless recommended by a pediatrician.

The suppository should be gently inserted into the anus when necessary, not to exceed one suppository per day. Learn how to apply the glycerin suppository.

Sorbitol and sodium lauryl sulfate work by helping to normalize the intestinal rhythm and making stool softer and easier to pass.

This remedy can be found in pharmacies or drugstores, in the form of an enema, with the trade name Minilax, and to apply, it is enough to cut the tip of the cannula and apply it rectally, inserting it gently and compressing the tube to allow the exit of the tube. liquid. The dose of sorbitol and sodium lauryl sulfate should be recommended by the pediatrician.

Milk of Magnesia is a laxative that acts by increasing water retention inside the intestine, softening the stool, favoring intestinal transit and the elimination of stool.

This remedy can be used by children over 2 years of age, in the doses and for the duration of treatment recommended by the pediatrician. However, in some cases, the pediatrician may recommend this laxative for younger children.

Macrogol is a laxative that promotes the softening of stools, by increasing water retention by the intestine, leaving the stool more hydrated, facilitating its elimination.

Can mineral oil be used by babies?

Mineral oil is a type of laxative suitable for children over 6 years of age, which lubricates the stool, facilitating its elimination.

This medicine should only be used with pediatrician indication as it can cause irritation in the intestine, in addition to increasing the risk of developing pneumonia, since it is ingested orally, and therefore, it should not be used by babies or children under of 6 years.