Mucormycosis: what it is, symptoms and treatment 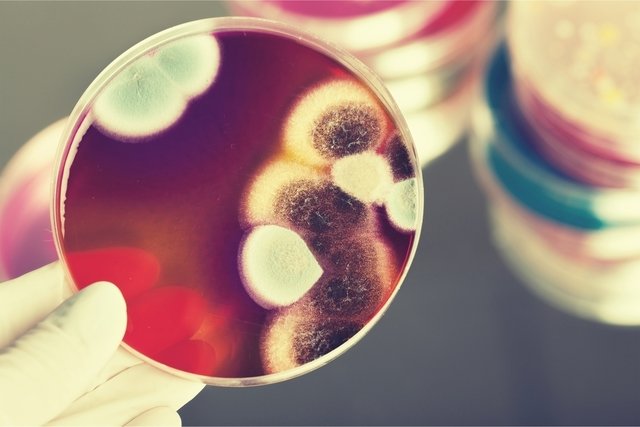 Mucormycosis, popularly known as black fungus disease, is a rare infectious disease caused by the fungus. Rhizopus spp., which can be found naturally in the environment, mainly in vegetation, soil, fruits and decomposition products, which can lead to the appearance of symptoms after spores of this fungus are inhaled.

The symptoms of mucormycosis are more frequent in people who have a more compromised immune system, with headache, fever, discharge in the eyes and nose, redness on the face and, in more severe cases where the fungus reaches the brain, it can be noticed. there may also be seizures and loss of consciousness.

The diagnosis of mucormycosis is made by a general practitioner or infectologist through computed tomography and fungal culture, and treatment is usually done with the use of injectable or oral antifungal drugs, such as Amphotericin B.

In addition, when the fungus reaches the skin, red, hardened, swollen, painful lesions may appear and, in some situations, can become blisters and form open wounds with a black appearance.

In more advanced cases, a person with mucormycosis may have a bluish coloration on the skin and purplish fingers, and this is due to the lack of oxygen caused by the accumulation of fungus in the lungs. In addition, if the infection is not identified and treated, the fungus can quickly spread to other organs, especially if the person has a very compromised immune system, affecting the kidneys and heart and putting the person’s life at risk.

who has more risk

The fungus responsible for mucormycosis can be found naturally in the environment and is easily fought off by the immune system. However, when there are changes in the immune system, there is a greater risk of developing signs and symptoms of infection and, therefore, the Rhizopus spp., is considered an opportunistic fungus.

Thus, mucormycosis can happen more easily in people with decompensated diabetes with ketoacidosis, HIV carriers, who use immunosuppressive drugs or who underwent transplants, for example. In addition, there are case reports of mucormycosis in patients undergoing treatment or cured of COVID-19.

Mucormycosis is a rare disease, but it happens more easily in people who have a compromised immune system and, therefore, it can happen in people with COVID-19.

In COVID-19, it is possible to see less oxygen, more circulating iron and ferritin, decreased activity of the body’s defense cells due to immunosuppression caused by the infectious agent or drugs, and more acidic environment due to metabolic acidosis or ketoacidosis diabetic, when the person has decompensated diabetes, and these factors are important for the development of the fungus in the body.

Despite being a rare infection associated with COVID-19, mucormycosis is quite serious, because in addition to the person already having a more compromised immunity and directed to combat SARS-CoV-2, there is a need for prolonged hospitalization and use of drugs that can also interfere with the action of the immune system and create a more favorable environment for the fungus.

Mucormycosis can be divided into several types according to the location of the fungal infection, and they can be:

There is also a type of mucormycosis, called disseminated, which is rarer and occurs when fungi migrate to various organs of the body, such as the heart, kidneys and brain.

How is the diagnosis made

The diagnosis of mucormycosis is made by the general practitioner or infectologist by evaluating the person’s health history and computed tomography, which serves to verify the location and extent of the infection. Sputum culture is also performed, which is based on analyzing lung secretions to identify the fungus related to the infection.

In some cases, the physician may also request a molecular examination, such as PCR, to identify the species of fungus and, depending on the technique used, the amount present in the body, and magnetic resonance to investigate whether mucormycosis has reached the structures of the brain, for example. These tests must be done as soon as possible, because the faster the diagnosis is made, the more chances there are of eliminating the infection.

Treatment for mucormycosis should be done quickly, as soon as the disease is diagnosed, so that the chances of cure are greater and should be done according to the doctor’s recommendation, and the use of antifungals directly in the vein may be indicated, such as Amphotericin B, or Posaconazole, for example. It is important that the medicines are used according to the doctor’s recommendation and that the treatment is continued even if there are no more symptoms.

In addition, depending on the severity of the infection, the doctor may indicate surgery to remove the necrotic tissue caused by the fungus, this procedure being called debridement.

Eye effusion: what it is, symptoms, causes and treatment

Eye effusion: what it is, symptoms, causes and treatment

How to remove tartar from teeth (with homemade options)

Premenstrual dysphoric disorder: what it is, symptoms and treatment

Male PMS: what it is, symptoms, cause and what to do