Odynophagia: what is it, main causes and treatment 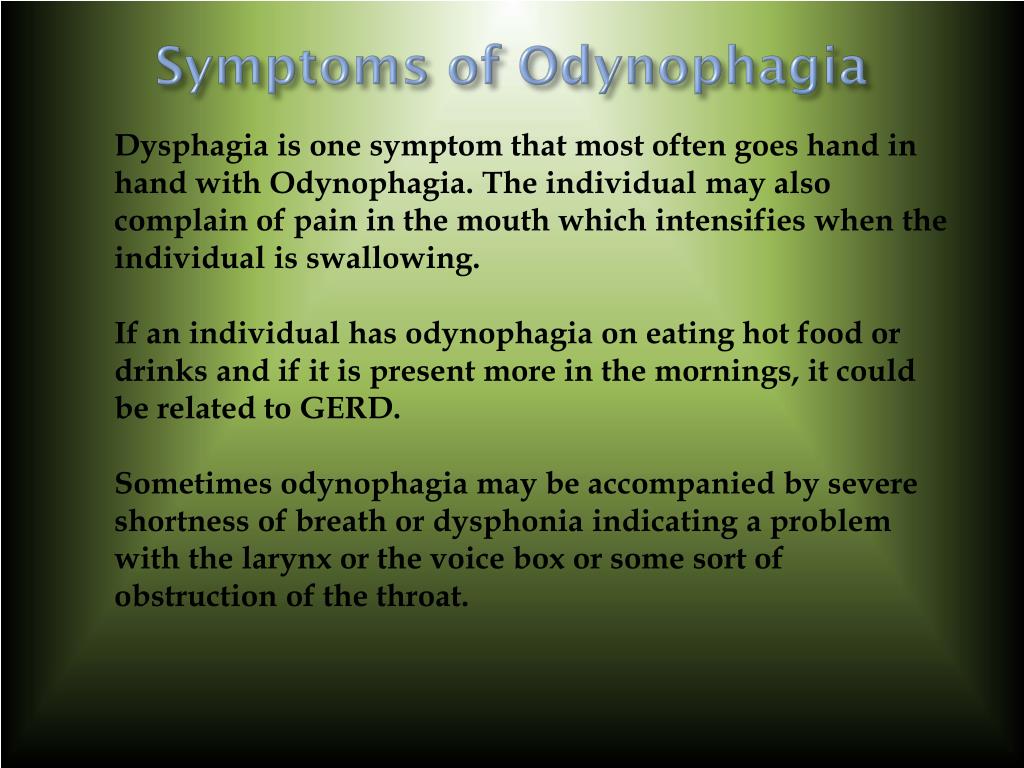 Odynophagia is pain that occurs when swallowing food, drink or saliva and is usually caused by inflammation that affects the pharynx or larynx, such as tonsillitis, laryngitis or pharyngitis.

Odynophagia can also happen due to esophageal infections caused by the fungus. Candida albicans, especially in people with weakened immune systems due to diseases or radiotherapy, for example, and it can also be a consequence of COVID-19.

The treatment of odynophagia should be done by the general practitioner or otorhinolaryngologist, according to the cause of the symptom, and the use of medications, such as antibiotics or anti-inflammatory drugs, or, in some cases, surgery may be indicated.

The main causes of odynophagia are inflammation or infections in the mouth, throat or esophagus, causing pain when swallowing, such as:

In addition, odynophagia can also arise due to coronavirus infection, being a common symptom associated with COVID-19. Know how to identify all the symptoms of COVID-19.

What is the difference between odynophagia and dysphagia?

Both conditions can be caused by infections or inflammation, however, dysphagia can also be caused by conditions that affect the central nervous system, such as stroke, cerebral palsy, multiple sclerosis, dementia or brain tumor, for example.

In addition, dysphagia is considered more serious as it can cause coughing or choking and result in irritation or infection in the lungs and lead to pneumonia.

How to confirm the diagnosis

The diagnosis of odynophagia is made by the physician through a visual assessment of the throat, and through an endoscopy exam, allowing a complete evaluation of the mucous membranes of the esophagus and the stomach, as well as tests to identify the health conditions that may be causing the pain when swallowing.

Odynophagia can improve in a few days without requiring treatment, as in cases of colds or flu, for example.

However, in cases of infections in the mouth, throat or esophagus, or other health conditions, the doctor may indicate treatment according to the cause, and may include:

In addition, during treatment, some precautions are important to avoid pain when swallowing, it is recommended to consume light and soft foods and chew the food for longer to facilitate swallowing, and avoid the consumption of alcohol, drugs of abuse or very hot drinks or cold.