More
HomeHealthHealthRinging in the ear: 9 main causes and what to do
Health

Ringing in the ear: 9 main causes and what to do 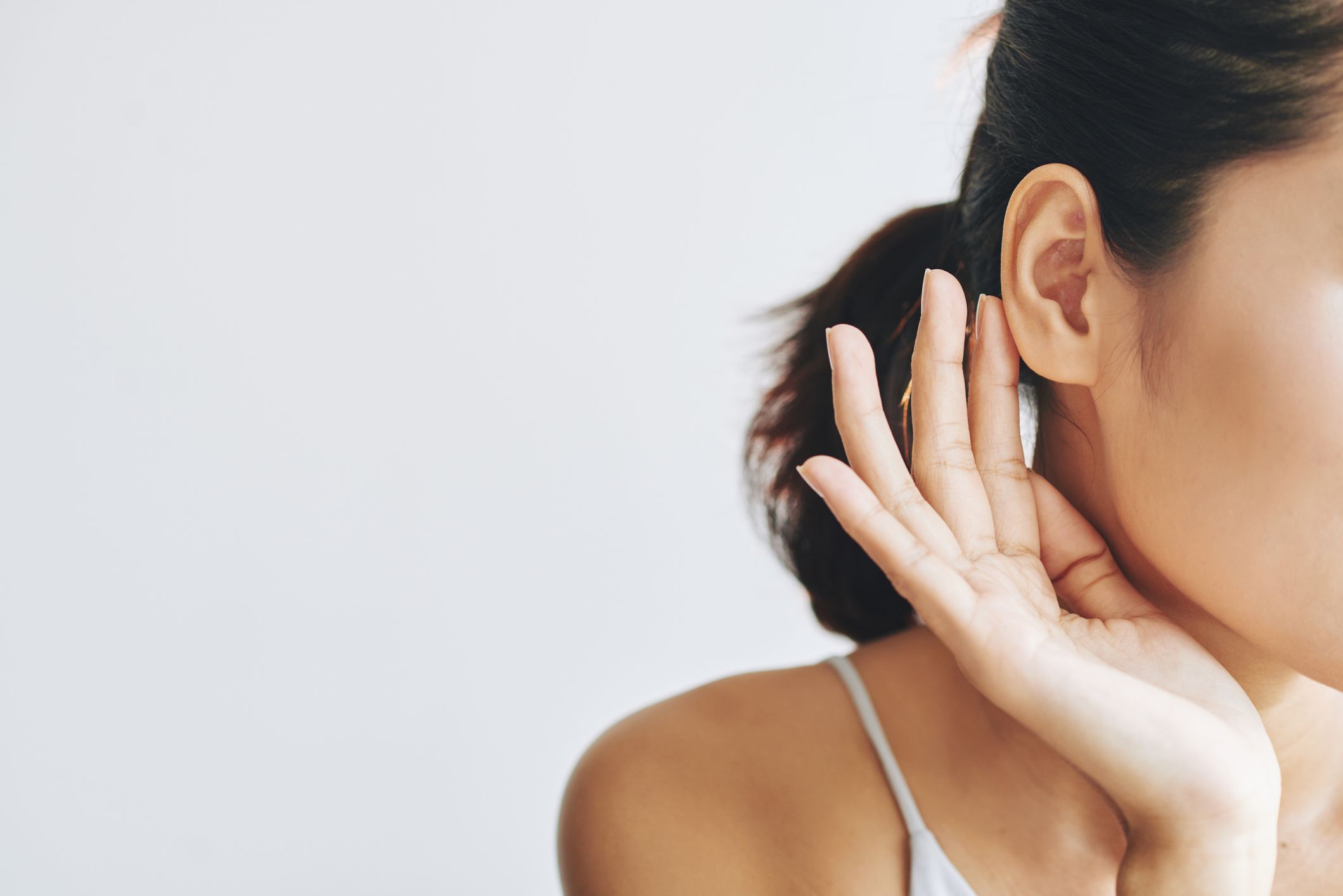 Ringing in the ear, also known as tinnitus, it happens when the person can constantly hear an uncomfortable sound or noise, which can come in the form of hisses, whistles, cicadas, waterfalls, clicks or crackles. These noises can be light, heard only during silence, or louder enough to persist throughout the day.

Tinnitus can happen to all people, however it is more frequent in the elderly, being mainly caused by lesions inside the ear, due to situations such as hearing noise or loud music, ear infections, head trauma, drug intoxication or by aging itself, for example.

In addition, it is necessary to be aware of the symptoms that may accompany tinnitus, such as dizziness, loss of balance or hearing loss, and consult an otolaryngologist, so that tests can be performed and the most appropriate treatment indicated, which may include the removal of wax by the doctor, the use of antibiotics to treat a possible infection or surgery to correct ear defects, for example.

The main causes of tinnitus are:

The wax produced by the ear serves to protect against moisture, infections, trauma or entry of foreign bodies, however some ear infections, or even the natural aging of the body can increase production or cause a hardening of the wax, causing clogging of the ear. ear canal.

What to do: the otolaryngologist should be consulted to clean the ear and, if necessary, the doctor may recommend the use of medicine in drops to prevent excessive wax formation or the use of antibiotics to treat the infection. Never use a cotton swab to try to remove the wax as it can push the wax into the ear and cause hearing loss.

Exposure to very loud sounds, such as listening to loud music frequently, especially with headphones, or going to a concert or concert, can damage the hair cells that line the ears, causing tinnitus, which usually improves within 48 hours . However, in some cases, tinnitus can last for 1 or 2 weeks.

What to do: an otolaryngologist should be consulted to assess hearing if the tinnitus in the ear after a loud sound does not improve within 48 hours or is accompanied by other symptoms such as hearing loss or dizziness, for example.

Ear infection can be caused by bacteria, fungi or viruses, leading to a change in ear pressure due to accumulation of fluid in the middle ear, located behind the eardrum, causing ringing in the ear, pain, feeling of pressure in the ears and even formation. of pus.

When it is caused by infection, tinnitus in the ear can be accompanied by fever, redness or the presence of yellow or white fluid in the ear, for example.

What to do: a warm compress can be applied to the affected ear to relieve pain or discomfort and an evaluation by an otolaryngologist must be made to start the treatment, which is usually done with the use of antibiotics in drops, applied directly to the affected ear.

Labyrinthitis is an inflammation or infection that affects the labyrinth, located in the inner ear, which when inflamed can cause tinnitus, in addition to other symptoms such as dizziness, nausea, lack of balance or general malaise. This inflammation in the ear can be caused by virus infections, diabetes, high blood pressure or even emotional factors such as stress, anxiety or depression, for example.

Generally, people who have had labyrinthitis may relapse from time to time with symptoms that appear suddenly and intensely, but which may disappear within minutes or hours.

What to do: one should rest as much as possible and perform the treatment indicated by the otolaryngologist, which should include medications such as betahistine or pentoxifylline, for example, which can help improve blood circulation in the ear and reduce tinnitus. In cases of labyrinthitis due to infection, the use of antibiotics prescribed by the doctor may be necessary. In addition, anxiolytic or antidepressant medications may be prescribed by your doctor to treat emotional labyrinthitis.

Temporomandibular disorder is another cause of tinnitus and occurs due to a change in the joint that connects the jaw to the mandible, by squeezing the teeth too much during sleep or by a blow in the joint region. In addition, other factors can contribute to the emergence of temporomandibular disorders, such as changes in emotional state or genetic factors, for example.

What to do: apply warm compresses to the ear and joint area to help reduce pain and discomfort. However, it is also important to consult your dentist for the most appropriate treatment which may include anti-inflammatory or pain relievers, and even the use of an acrylic dental plate or joint surgery.

Some chronic diseases like obesity, diabetes, high blood pressure, rheumatoid arthritis, multiple sclerosis, lupus, stroke or thyroid problems like hyperthyroidism, for example, can cause ringing in the ear.

What to do: one must take the treatment indicated by the doctor for the specific illness that may be triggering the tinnitus. Also, a diet with anti-inflammatory foods such as broccoli, salmon or oranges can help relieve or prevent tinnitus.

7. Changes in the structure of the ear

Tinnitus in the ear can also be caused by changes in the structures of the ear, particularly malformation of blood vessels, causing blood to circulate through the blood vessels more forcefully, causing tinnitus.

In addition, there may also be stiffening of the ear bones, called otosclerosis, or spasms in the ear muscles, for example, leading to tinnitus or even hearing loss.

What to do: It is recommended to consult the otorhinolaryngologist who should order tests such as audiometry or impedance testing to confirm the diagnosis and indicate the treatment that can be done with the placement of a hearing aid or surgery, for example.

8. Use of toxic ear remedies

Some medications can have a toxic effect on the ears, as they can damage the ear or the nerves that control hearing, leading to ringing in the ear.

The main remedies that can be toxic to the ears include anti-inflammatory drugs such as acetylsalicylic acid or ibuprofen, chemotherapy drugs such as cisplatin or vincristine, antibiotics such as ciprofloxacin or erythromycin, or diuretics such as furosemide or bumetanide, for example.

What to do: consult the doctor who prescribed the medicine that is causing intoxication in the ear, so that the treatment can be evaluated and, if necessary, change the medicine for one that is not toxic to the ears and does not cause tinnitus.

9. Tumors in the brain or ear

The presence of a tumor in the brain or ear, such as acoustic neuroma, which is a type of benign tumor, can cause tinnitus that can affect one or both ears, and is usually accompanied by other symptoms such as pain or a feeling of pain. tingling or numbness in the ear or face, headache, dizziness or loss of balance.

In addition, nasopharyngeal cancer, a type of malignant tumor that affects the back of the nostrils and mouth, can also cause tinnitus or ear infection and even hearing loss.

Generally, in addition to tinnitus, some signs that may indicate a brain or ear tumor are nausea, vomiting, changes in vision, or even seizures.

What to do: if a tumor is suspected, an otolaryngologist should be consulted, who should order tests such as magnetic resonance imaging, computed tomography or biopsy to confirm the diagnosis and identify the type of tumor. When confirming the diagnosis, the otolaryngologist must refer the person to undergo treatment with an oncologist, who may indicate different types of treatment, from surgery, radiotherapy or chemotherapy.