More
HomeHealthHealthWhite catarrh: 6 main causes and what to do
Health

White catarrh: 6 main causes and what to do 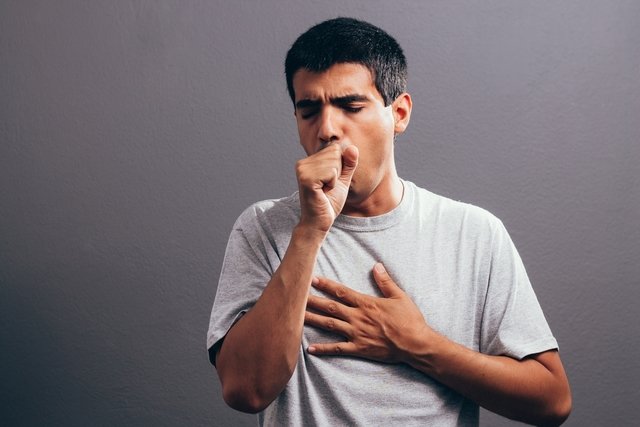 White catarrh usually arises from infections or respiratory inflammation such as bronchitis, sinusitis, or more complicated illnesses such as chronic obstructive pulmonary disease. But it can also be related to changes in the digestive system, such as reflux or food allergy, for example.

Normally, phlegm is produced and attaches itself to bacteria, fungi or viruses to expel them through coughing, protecting the body against disease. In addition, phlegm is also composed of antibodies, which are proteins that help in the body’s defense, fighting viruses, fungi or bacteria.

When you have white phlegm frequently, accompanied or not by symptoms such as fever, headache or tiredness, it is important to consult a general practitioner, so that the possible causes can be evaluated and the most appropriate treatment indicated.

The most common causes of white catarrh are:

White phlegm can form during sinusitis, which is an inflammation of the sinuses, nose, eyes, and cheeks that can last between 4 or 12 weeks. In addition to the presence of cough with white phlegm, other symptoms of sinusitis are fever, feeling of pressure in the ears, tiredness, runny nose, headache and bad breath.

What to do: some measures that can help in the elimination of white phlegm are drinking at least 2 liters of water a day and avoiding the use of air conditioning, as it can dry out the nose and mouth, which makes it difficult to eliminate phlegm. To treat sinusitis, it is essential to consult a general practitioner, who may prescribe the use of saline solution in the nose, analgesics for pain, antibiotics or decongestants.

In acute bronchitis, phlegm can be colorless or white and is caused by inflammation in the bronchi, which are the structures responsible for carrying oxygen to the lungs. Usually this inflammation lasts an average of 1 month and its main symptoms are coughing with white phlegm, which tends to get worse at night, tiredness, wheezing and chest pain.

What to do: to treat bronchitis, it is important to make an appointment with a general practitioner, who will assess the symptoms and may prescribe paracetamol for pain or a bronchodilator, popularly known as a pump. In addition to medications, drinking plenty of water and hot drinks such as teas help improve breathing, alleviating the symptoms of acute bronchitis.

Asthma is a chronic inflammation of the lungs that can cause white phlegm to be produced. Asthma is a genetic disease, starting during childhood and some factors such as obesity or exposure to dust, perfume or cockroaches, can aggravate the symptoms that usually include shortness of breath, coughing, tightness and wheezing.

What to do: to treat asthma, it is essential to receive an evaluation from a pulmonologist so that the best therapy can be indicated. Recommendations for the treatment of asthma usually include the use of steroids and inhalers, avoiding exposure to environmental pollution such as dust mites, animal hair and cleaning materials, and quitting smoking, as tobacco makes the disease worse.

Reflux is a disease where acid from the stomach rises into the esophagus or mouth and can be caused by obesity or old age. The main symptoms of reflux are burning, coughing with white phlegm, hoarse voice, throat clearing, and tooth wear, caused by the presence of stomach acid in the mouth.

What to do: It is important to have an appointment with a gastroenterologist to confirm the diagnosis and take the appropriate treatment, which can usually start with the use of medications to decrease stomach acidity such as omeprazole. It is also recommended to avoid drinking alcoholic beverages, avoid smoking and avoid wearing tight clothing. In addition, it is important to adopt a balanced diet, guided by a nutritionist.

Food allergy is the body’s reaction to certain foods, such as peanuts, milk, eggs, shellfish, wheat or soy. Symptoms appear between 20 minutes and 2 hours after eating the food and range from an itching and blisters on the skin, coughing up white phlegm, nausea, vomiting, even more severe reactions such as anaphylaxis, which is a decrease in blood pressure, swelling of the lips and difficulty breathing.

What to do: to treat mild food allergy, it is important to have an appointment with an allergist or immunologist, who, after evaluation, may indicate the use of nebulizers, antihistamines, or corticosteroids. If you experience more severe symptoms, such as shortness of breath or a swollen throat, you should call an ambulance or go to a hospital right away. Medical evaluation is essential to identify and exclude from the diet foods that can cause allergic reactions.

Chronic Obstructive Pulmonary Disease, or COPD, is a chronic disease that occurs due to prolonged exposure to smoke, dust, or other irritating substances. The disease causes the closing of the airways, gradually preventing the circulation of air in the lungs. Difficulty breathing, coughing with excessive production of phlegm, which can be white or have other colors, are the most common symptoms of the disease.

What to do: It is essential to receive an evaluation from a pulmonologist. The treatment of COPD varies according to the degree of the disease, and it is recommended to stop smoking, and the use of drugs such as inhalers, steroids, oxygen, pulmonary physiotherapy and regular physical activity may also be indicated. In addition, a balanced diet, supervised by a nutritionist, is essential during the treatment of the disease.

Oncotic cytology: what it is, what it is for, how it is done and results

Oncotic cytology: what it is, what it is for, how it...

How to consume chia to lose weight (with recipes)

Insomnia in pregnancy: causes and what to do