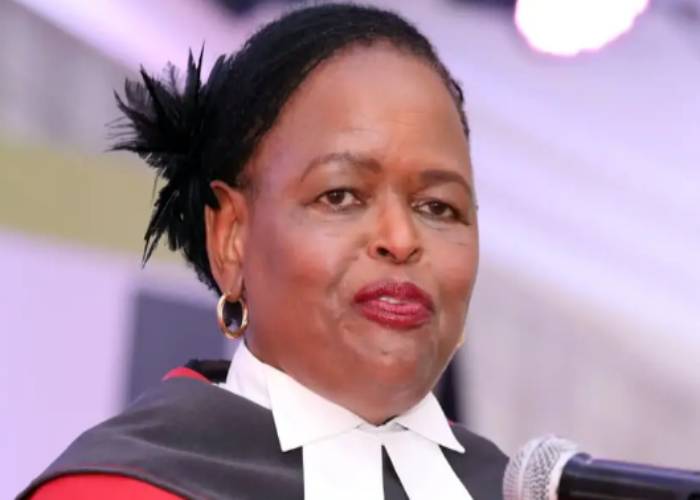 Chief Justice Martha Koome has faulted the United Democratic Alliance for asking her to resign from the Technical Working Committee for Election Preparedness.

The CJ, who spoke during the Annual Devolution Conference in Makueni County on Thursday, November 25, said the committee is not made up of politicians who could compromise Judicial independence.

“I met an intergovernmental committee on election preparedness [on Tuesday], and I was attacked for holding the meeting. [Let’s understand that] the Judiciary cannot deliver justice on its own,” she said.

“[Following the attacks], I was left wondering what would happen if I meet politicians?” she posed.

The Chief Justice said her role in the election preparedness committee does not, in any way, affect justice dispensation, especially on matters elections.

In a letter addressed to the Independent Electoral and Boundaries Commission (IEBC) chairperson Wafula Chebukati, UDA Secretary-General Veronica Maina said Koome’s role in the committee created a case of conflict of interest, since the CJ is constitutionally required to act as an arbiter in election disputes.

UDA told Koome to “henceforth stop, abandon, desist, refrain, and cease participating in the activities of the committee”.

The Party claimed Koome’s involvement in the council was likely to interfere with, and threaten free and fair polls in 2022.

Police net bhang worth over Sh6 million in Nyandarua