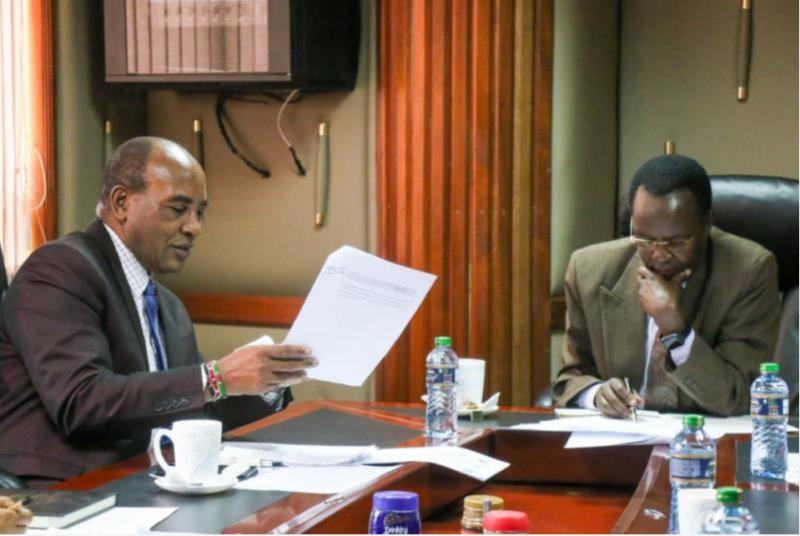 Residents of Nyandarua have a reason to smile after the county government reached a deal to get some 125 power transformers from the national government.

In the deal, each of the 25 wards will get five transformers that will enhance a steady supply of electricity to homes.

According to Kimemia, this was among the third pillar of his manifesto on infrastructure development that seeks to ensure access to affordable, reliable, and quality energy for both domestic and industrial use.

During the meeting also attended by Deputy Governor Cecilia Mbuthia, it was agreed that the connecting homes to power lines will start immediately.

“This is a big boost to the county residents as we want to make sure that every household is connected to electricity in the next two years.

“We want to appreciate the government’s move to give us a priority in power connections,” he said.

Ayieko asked the county to identify the priority areas where the five transformers will be installed.

The CAS directed the REREC to complete, in a month’s time, the pending 13 projects which are long overdue, and also Kenya Power to ensure that the 15 complete projects have metres installed within the same period.

The CAS also promised to ensure all the defective transformers are replaced.

The team also agreed to explore other alternative renewable energy sources and start off with a BioGas generation pilot at the Miragine Power Sub Station.