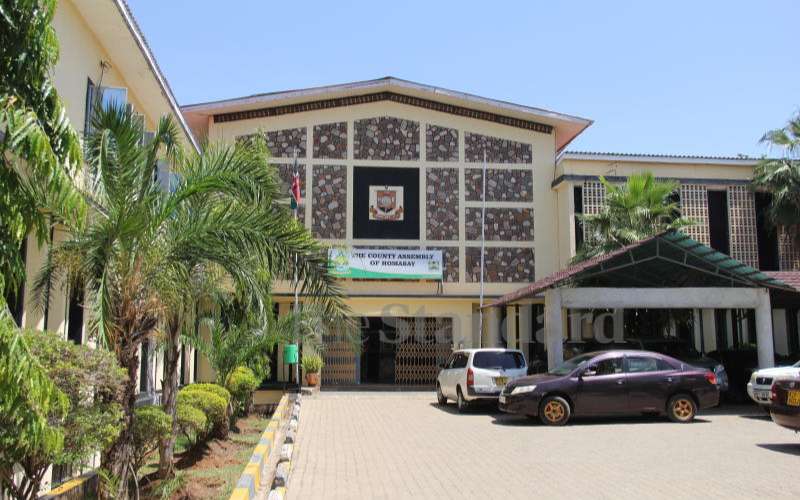 Six people have been arrested over the alleged misappropriation of Sh85.1 million in the Homa Bay County Assembly.

EACC claimed that Nyangume Enterprises received Sh26.2 million while Damila Enterprises 46.5 million from the county assembly, yet neither delivered goods nor provided any service to the assembly.

Aloo is suspected of receiving more than Sh12.3 million from the assembly as salary, yet she was not an employee of the county assembly.

They are being held at Homa Bay Police Station.

The EACC has recommended that the six be charged with conspiracy to commit economic crime, abuse of office, unlawful acquisition of public property, dealing with suspect property, stealing and money laundering.

Kephas, Ameka and Sang’ had also been charged in an anti-corruption court in Homa Bay with another case involving misappropriation of public funds.

“This is a matter that has been investigated for some time until they were found culpable for misappropriation of the said funds,” said Kavoo.