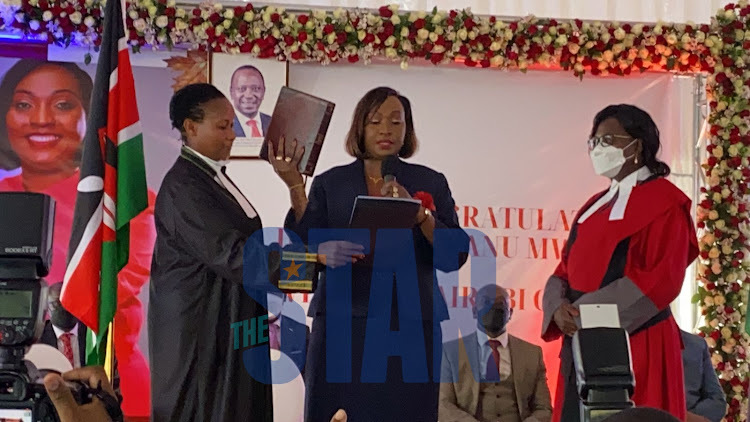 In an application filed as urgent, Anne Njega and 850 others say in January 2019 they executed a contract that was to expire in three months.

At the lapse of three months the county willfully, by implied action, renewed the contract and continued to engage their services for nine months, they say.

They continued to offer their services until January last year when in an unprecedented manner their employment services were terminated.

They say they served the county faithfully until they were dismissed.

The claimants say they were at the date of their dismissal entitled to their salary and to be confirmed as permanent workers having worked or provided services for 12 months.

“By treating the claimants unfairly, discriminating them in terms of pay, curtailing, undermining and rubbing their efforts to progress in life is equal to unfair termination for which they claim their salary dues and compesation,”  lawyer Ndege said in court papers.

The former workers are seeking a declaration order that the county is guilty of unfair labour practices.

“A declaration order that the respondent is thereby guilty of constructive dismissal in addition to infringing on the claimant’s constitutional rights to reasonable working conditions as enshrined under Article 41 of the Constitution. A declaration that the claimant stood confirmed as at July 2019,” court documents read.

They want to be paid their Sh76.5 million dues and interests they say were illegally withheld by the county.