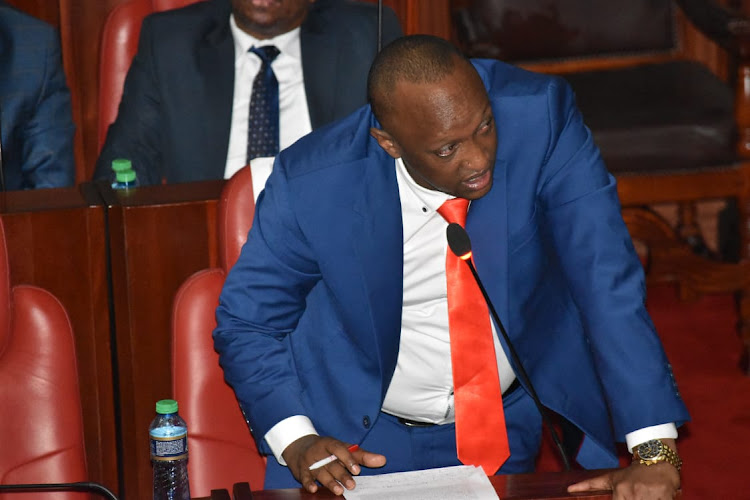 Nairobi county assembly Majority Leader Abdi Guyo will appear before the Judicial Service Commission on Friday after being summoned over recordings allegedly detailing graft that were leaked last month.

The videos were leaked by former Nairobi Governor Mike Sonko in which he accused Justice Said Chitembwe of graft.

The commission wants the legislator to record a statement on the mater.

In a letter addressed to Guyo, JSC secretary Anne Amadi stated that the Majority leader is required to appear in person at the commission’s offices within seven days of the service of the letter to record a statement.

“This is therefore to notify you that pursuant to the provisions of Article 252 1(a) and (3)(b) of the Constitution and Section 42 part VIII of the Judicial Service Act No.1 of 2011, the JSC may require your personal attendance to testify as a witness in the aforesaid matter,” reads the letter dated December 3, 2021.

However, Chitembwe denied wrongdoing and said the recordings posted by Sonko on his social media platforms were illegally obtained and cannot form the basis of any proceedings before the JSC or any court or tribunal.

Sonko leaks mentioned Guyo in Part 4 of the videos.

“The attention of the commission was therefore drawn to several video clips, social media posts, cell phone recordings released by Hon Mike Mbuvi Sonko in which Hon Justice Said Juma Chitembwe ‘s conduct as  judge has been brought to question,” the letter to Guyo says.

The JSC at a meeting held on November 22 resolved to probe Chitembwe and appointed a panel to hear the matter.

The JSC said Guyo’s failure to honour the commission’s invite will be treated as an offence.

When reached for a comment, Majority leader said he will appear before the commission as he is a law abiding citizen.

“I will go and record the required statement because there is nothing to hide…  I don’t understand why my name was mentioned in the alleged leaks,” he said.