Relief for poor as county and agencies address land disputes 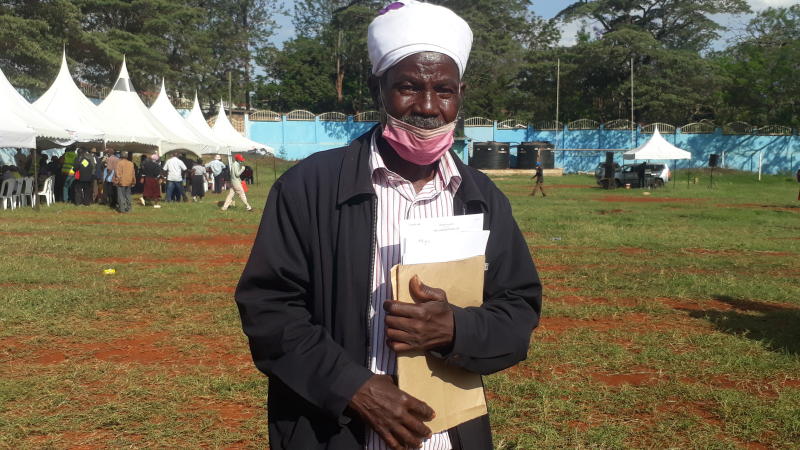 It has taken 45 years for Geoffrey Muchiri Mwangi to rectify an anomaly in the name captured in the title deed for a piece of land he bought in 1973.

Muchiri acquired a land certificate capturing his name as Muchiri Mwangi and it has consumed his time and money to have authority from the chief to have a green light to proceed with the name correction process through the Maragua Division Land Board.

At Murang’a General Ihura Stadium recently during a clinic on land matters hosted by the county government, Muchiri 70, got the opportunity to present his case before a panel appointed by governor Mwangi wa Iria to help in resolving thousands of land cases that have affected the residents since the 1960’s.

Last week, Muchiri lodged his complaint about the team at Gakoigo market in Maragua, before he was directed to get a letter from his Nginda sub-location assistant chief acknowledging he was the bonafide owner of the land. He was issued with the land certificate on September 5, 1979, but the variance between his name on the national ID and the registration certificate has frustrated any attempts to transact on the land.

“Am happy that an acre and half of the land that I acquired at the age of 23, while working at the construction of Kamburu dam, in Kiambere in Embu will be registered in my name and details of the identity card captured, which had been omitted when printing the land certificate,” said Muchiri.

He recounts the struggles he had gone through with buyers failing to part with money due to lack of the crucial document. Three weeks ago, the Murang’a governor launched a programme that has since registered 6,500 persons faced with challenges in land succession matters with the assistance of a team of lawyers led by Mbiyu Kamau assisted by law students from Mount Kenya University.

Already a team of surveyors are realigning the boundaries in Kandara where some disputes have been reported. In the programme, the Judiciary, National Land Commission (NLC) and the Ministry of Interior and National Coordination are partners.

At the Ihura stadium, Iria said he has learnt how corrupt deals had brought down services at the Murang’a Lands Registry with public servants working in cahoot with middlemen stealing from the poor and denying the overnment its revenue. He said the complaints from the public will be analyzed to have the matters registered in court settled out-of-court thus saving locals from incurring expenses.

“The rich have oppressed the locals through lodging disputes in court which take years to be concluded,” said the governor, adding that many families are at the verge of being thrown out of the property due to lack of resources to pursue the matter in the highest court of land.

There are rogue surveyors working for the rich with interest to grab public utilities land for their selfish ends, he observed.

“Since  2013 all the public utilities land that the county government inherited from the defunct local authorities are intact,” he said, adding that he will champion the move to reclaim the grabbed parcels of land.