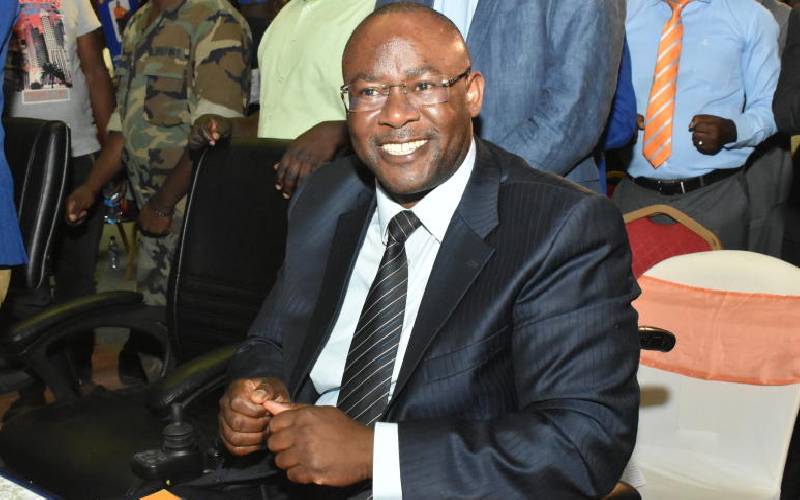 Westlands MP Timothy Wanyonyi has dismissed claims that he plans to withdraw from the Nairobi governor race in the upcoming General Election.

Wanyonyi said he is focused on clinching the city’s top job.

The legislator who presented his 10-point agenda for the city said voters should be left to choose a candidate who will cater to their needs and not one imposed on them.

Speaking after a meeting with the Church and Clergy Association Of Kenya in Nairobi yesterday, Wanyonyi, said his opponents have sensed defeat and are now spreading propaganda about his candidature.

“Some of my competitors who are already sensing defeat are busy spreading propaganda that I will step down for someone else. Let them know that I am in this race to the end,” he said

The MP who will vie for the seat on the ODM ticket said as much as various regions are in support of Raila Odinga’s Azimio la Umoja movement, leaders should not chest thumb and give conditions.

He was reacting to claims that Mt Kenya leaders in support of Azimio are pushing for a candidate from the region to be given a direct ticket for Nairobi governorship.

Wanyonyi said that elective positions should not be sacrificial.

“We must support unconditionally. We are ready to fight it out. If it comes to issues of talking we shall talk and say bring your candidate, we put on the weighing scale, we see who is more popular and we settle the matter,” he said

Church and Clergy Association Of Kenya chairman Bishop Hudson Ndeda said the MP has a proven track record and was suitable to take over as Nairobi governor.

He noted that to bring about change and break away from the past, Kenyans should elect a leader who is committed to transforming their lives.

The clergy gave Wanyonyi their blessings for the governor seat.

“If you cannot be tested from what you have done outside please do not come to Nairobi. The last elections Kenyans made a mistake in Nairobi and we have suffered out of it and that should not recur,” Ndeda said

In his manifesto, the MP promises to fight corruption, integrate ICT and optimally utilise the existing developed and undeveloped county land to address the housing needs of city residents.

Wanyonyi will battle it out for the seat with Nairobi Senator Johnson Sakaja, former Starehe MP Margaret Wanjiru and Businesswoman Agnes Gakure.

Kimeli and Jebitok prevail in Spain