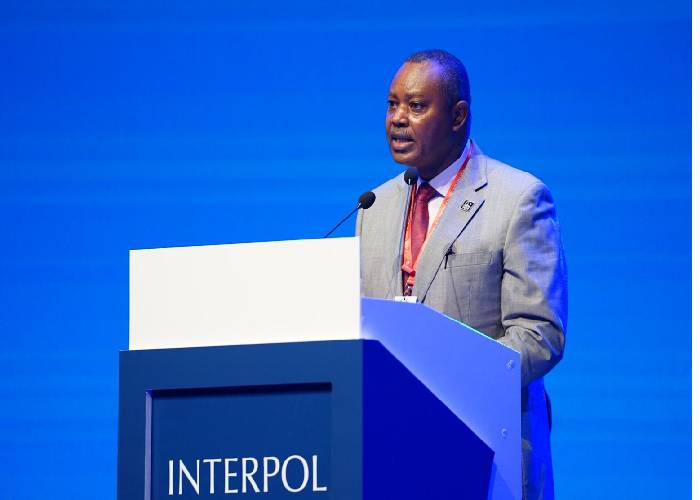 DCI Director George Kinoti has been elected as a member of the Interpol Executive Committee for a three-year term.

Interpol, which is the abbreviation for International Criminal Police Organization, is an inter-governmental organisation that shares data on crimes and criminals, and offers a range of technical and operational support for its 195 member countries, including Kenya.

Interpol is headquartered in Lyon, France, has a global complex for innovation in Singapore and several satellite offices in different regions.

Kinoti was elected to the position during the 89th session of Interpol’s General Assembly held on Thursday, November 25 in Istanbul, Turkey.

Kinoti will serve in the position alongside Sudan’s Director-General of Police, Mahdi Elemam.

“Mr. Khaled Mahdi Ibrahim Elemam of Sudan and Mr. George Maingi Kinoti of Kenya have been elected to the posts of Delegate for Africa (3-yr term),” Interpol tweeted on Thursday.

“The realisation that we cannot fight this monster alone has contributed to the successes that we have registered so far across the world. This is due to cooperation and information sharing between our different countries and security agencies,” he said.

Kenya’s DCI Headquarters on Kiambu Road hosts the Interpol Regional Bureau for East and Central Africa as well as the Eastern Africa Counter-Terrorism Centre of Excellence.