More
HomeNewsDon't be fooled, campaigns are going on
News

Don’t be fooled, campaigns are going on 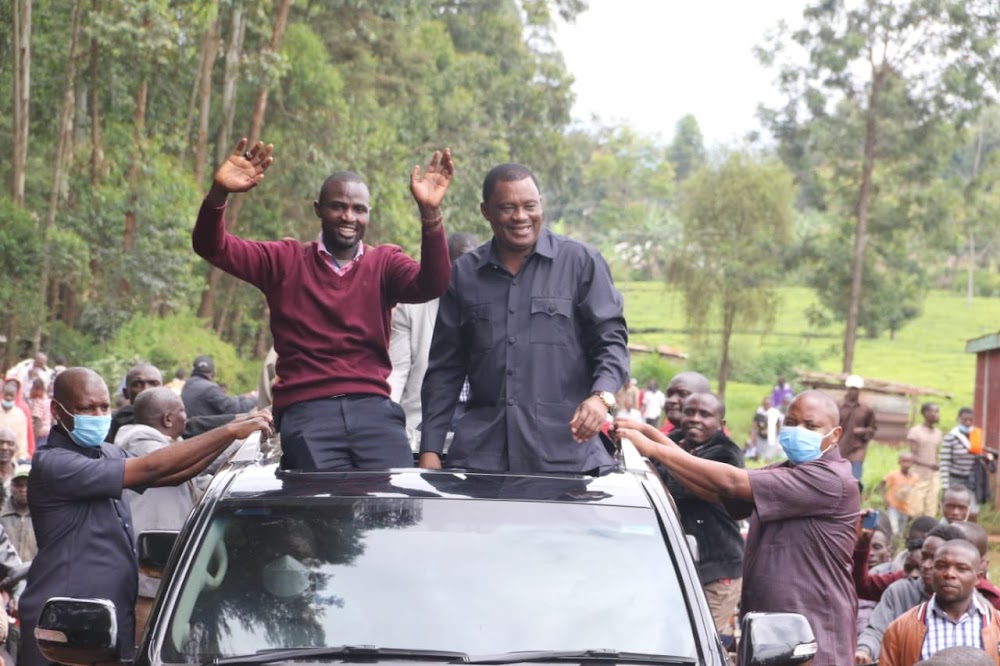 National Assembly Speaker Justine Muturi has called upon Kenyans not to be fooled that there are no campaigns going on in the country.

Muturi said everyone is now campaigning and there is nothing like ‘consultations’ as some politicians are putting it.

He spoke on Saturday at Riosiago SDA Church when he led other leaders in a church funds drive in aid of construction of the church.

Muturi said the politicians should be honest with Kenyans because time has come for the people of Kenya to be told the truth and not lies.

“Why should you lie to Kenyans? Campaigns are currently going on and some of my colleague politicians are telling us they are not campaigning.

“It is so clear that wherever you see a politician in any platform, you should know they are campaigning,” Muturi said.

He referred to the recent utterances by DP Ruto saying he is moving around for consultations and not campaigns, which Muturi referred to as broad daylight lies to Kenyans.

“You have seen them moving up and down with wheelbarrow narrative others giving false promises of how they will empower youths with some resources when they take over the next government. Is that not campaigning?” Muturi posed.

He called on Kenyans not to be used by politicians during this campaign to cause tension and violence, saying Kenyans should remain united before, during and after the elections.

“Elections will come and go, but we will remain. Let us maintain peace and harmony during this time. We should not allow politics to create boundaries between us.

“If there is any politician who is inciting us against one another, I urge you to do away with such leaders,” Muturi said.