From hawker to Deputy Governor nominee 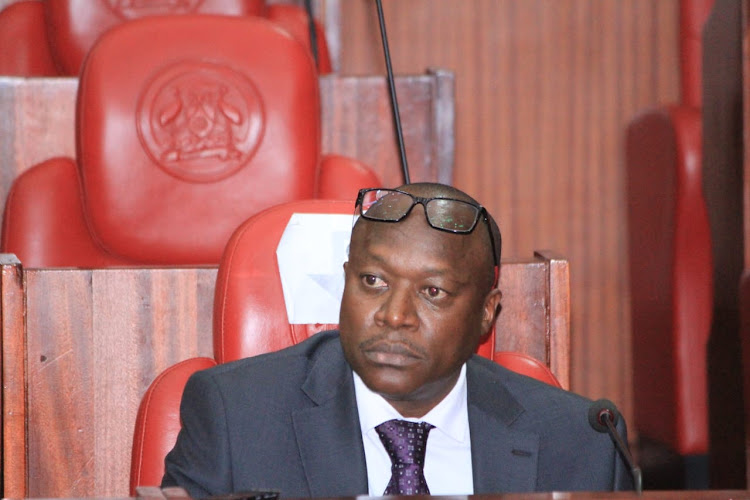 Later,  Mutunga contested for the mayoral seat but was defeated by Baba Dogo’s councillor Majiwa who was defending his seat.

Majiwa who is the current Deputy Speaker and Baba Dogo MCA garnered 48 votes while Mutunga who was his challenger got 46.

In March 2010,  Mutunga used a coffin and led demonstrations pushing for the resignation of the then Mayor  Majiwa.

On the streets, he strongly advocated that there will be zero tolerance on corruption at City Hall.

In 2017, Mutunga was Embakasi South MP aspirant under Jubilee Party but lost to ODM’s Julius Mawathe.

In 2019, Mutunga was accused alongside 13 others in a case where former Nairobi Governor Evans Kidero was accused of graft relating to the payment of Sh68 million to a legal firm.

The group faced charges of conspiracy to commit an offence of corruption; unlawful acquisition of public property; abuse of office, dealing with suspect property and money laundering.

The matter is still in court.

This is after activist Okiya Omtata filed an application challenging the eligibility of Mutunga to hold the office of the deputy governor.

Last year, Mutunga made a comeback at City hall where he was appointed as the Director Liquor Board, Nairobi County.

His duties were simply developing county policies relating to the production, manufacture, sale and consumption of alcoholic drinks.

Early this year, when County Assembly Speaker Benson Mutura was Acting Governor, he appointed Mutunga as the Chief of Staff.

As a chief officer, he was the private secretary to the Governor and responsible for overall administration of the governor’s office.

“It’s not that I’m the luckiest person but I know God’s grace has made me reach here today. I find it always a privilege to get certain positions of leadership because serving the people is a calling,” Mutunga said during vetting.

Itumbi narrates painful ordeal at the hands of kidnappers

Itumbi narrates painful ordeal at the hands of kidnappers