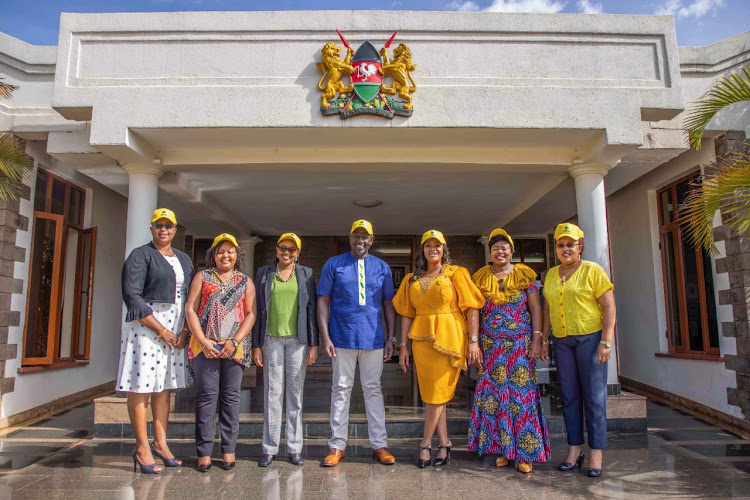 The political leanings of governors, senators and woman representatives across the country suggest the 2022 presidential contest is a two-horse race.

An analysis by the Star reveals that Raila commands the support of more governors and senators compared to Ruto who has more woman reps on his side.

The ODM leader has the backing of at least 30 governors, 22 senators and 17 woman representatives.

Ruto has the support of 12 governors, 16 senators and 23 woman representatives.

Among the latest to join Ruto’s camp are governors Anne Waiguru of Kirinyaga, Nyeri’s Mutahi Kahiga and Kwale’s Salim Mvurya.

However, the quartet has the support of five woman representatives and five senators.

As of September 20 when the Star conducted its first analysis, Raila had the support of at least 17 governors, including his two ODM deputies Wycliffe Oparanya and Hassan Joho.

Most of the governors backing Ruto’s bid hail from his Rift Valley backyard.

Murang’a county boss Mwangi wa Iria is running for the presidency and is said to be keen to have his name on the ballot.

For woman MPs, Laikipia Woman Representative Cate Waruguru’s entry into the United Democratic Alliance side shored up the DP’s numbers.

The other notable name in the DP’s camp is Purity Ngirici of Kirinyaga, whose future in the party, however, remains uncertain in the face of their fights with Waiguru.

However, she attended some of the meetings Raila held when the ODM leader convened Azimio la Umoja meetings in Mt Kenya East.

Political analyst Martin Andati argues that support by elected leaders would count “but having more governors comes with advantages.”

“They can put some money in one’s campaign. They have county structures. Women representatives have no money, unlike governors who manage billions of shillings. County structures are also elaborate in terms of mobilisation,” he said.

Andati said the only challenge could be that “some of the fellows will lose elections but for perception purposes high numbers are good.”

For Raila, the 17 woman MPs backing his bid hail not only from his Nyanza backyard but also from Central, Rift Valley and Coast.

“These are local leaders who have grassroots touch and if well managed will help as surrogates for their leaders at the grassroots,” Wanga said.

In Central, the latest catch in the ODM leader’s camp is Sabina Chege of Murang’a following her reaffirmation of support for Raila during the Nyeri Azimio la Umoja meeting.

At the Coast, Raila has the backing of Asha Hussein of Mombasa, Zulekha Hassan of Kwale, Kilifi’s Getrude Mbeyu and Lamu’s Ruweida Obo.

Obo told the Star at Parliament Buildings that such leanings don’t matter because voters would be keen on what a leader represents, more than the company he or she keeps.

“People look at the qualities of a leader when making choices. For me, I support Uhuru so I am likely to follow his word. But you’ll never find me on Ruto’s side,” the lawmaker said.

There is equally a near 50 per cent split in terms of the two protagonists’ support in Northeastern with Wajir’s Fatuma Gedi and Mandera’s Amina Gedow supporting Raila.

Kanu’s Gideon and Wetang’ula of Ford Kenya have the support of Gladwell Jesire (Baringo) and Catherine Wambilianga (Bungoma) respectively.

Kalonzo, has the backing of the three senators from his Ukambani backyard. They are Mutula Kilonzo Jnr (Makueni), Enoch Wambua (Kitui) and Agnes Kavindu (Machakos).

Mudavadi has the backing of Nairobi’s Johnson Sakaja and Cleophas Malala of Kakamega.

Gideon and Wetang’ula, being principals in the One Kenya Alliance, are likely to gravitate towards the side the team would endorse.

Senate Deputy Speaker Margaret Kamar (Uasin Gishu  ) and Vihiga’s George Khaniri are yet to clearly show which sides they will favour in next year’s election.

All systems go for Raila’s presidential bid launch in Thika

All systems go for Raila’s presidential bid launch in Thika