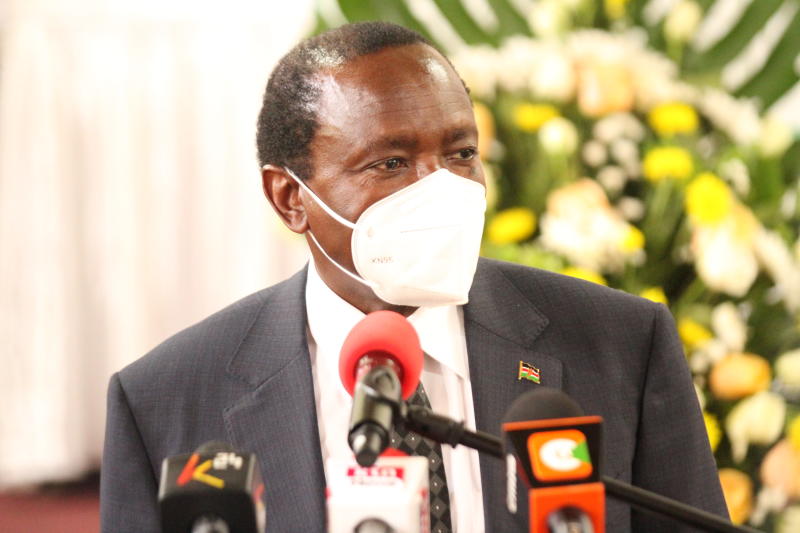 The Wiper leader visited the area yesterday and said the president swore to protect the citizens and thus the demolitions must be condemned.

He blamed grabbers for the problems the residents are going through, saying that they took advantage of the road construction and are rooting for demolition of other structures in order to grab the land.

Kalonzo promised to deliver the victims plea to President Uhuru Kenyatta so they can be resettled quickly since it is against the Constitution of Kenya to demolish someone’s property without giving them an alternative.

The Wiper leader, who is also the patron of Kalonzo Musyoka Foundation (KMF) announced that it will donate two tonnes of maize flour to the families affected by the demolitions.

Full tray for Maalim as he replaces Natembeya

Full tray for Maalim as he replaces Natembeya