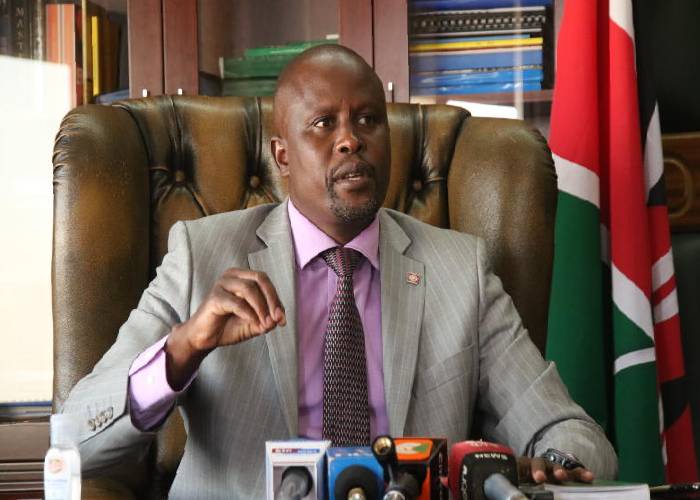 Kega claims the DP’s allies in Mt. Kenya have now planned his tour in Nyeri to counter the gains made by the former prime minister.

Ruto is expected to tour Nyeri on Friday and Saturday next week.

In an interview on KTN News on Thursday, Kanini Kega said the planned two-day tour is an indication that Ruto’s team was rattled by the political happenings in Nyeri last week.

“Ruto thought he had Mt. Kenya votes in his pocket. After Raila’s trip to Nyeri, it dawned on him that he still needed to convince the Mt. Kenya voters why they should elect him as president,” Kega said.

“Nyeri people showed Raila a lot of love, and they are gradually buying into his Azimio la Umoja philosophy. We are happy with that.”

The lawmaker said the DP was free to visit any part of the country to sell his ideology. He, however, urged Ruto to adopt a measured tone when talking about President Uhuru Kenyatta.

“Nyeri, historically, gives the entire Mt. Kenya region a political direction. That explains why leaders seeking presidency have been pitching camp in the county,” he said.

DP Ruto is expected to counter the inroads made by Raila, who toured Nyeri on November 26 and November 27

The deputy president is further expected to popularise his bottom-up economic model, which Kega claims won’t easily sell in Nyeri.

“Raila Odinga is President Kenyatta’s genuine friend. I believe, if he is elected president, he will prioritise the completion of projects started by Uhuru’s administration,” said Kega.

The lawmaker also told the DP not to brag about having “many MPs in Parliament” because “history shows that most incumbent legislators never retain their seats in subsequent elections”.