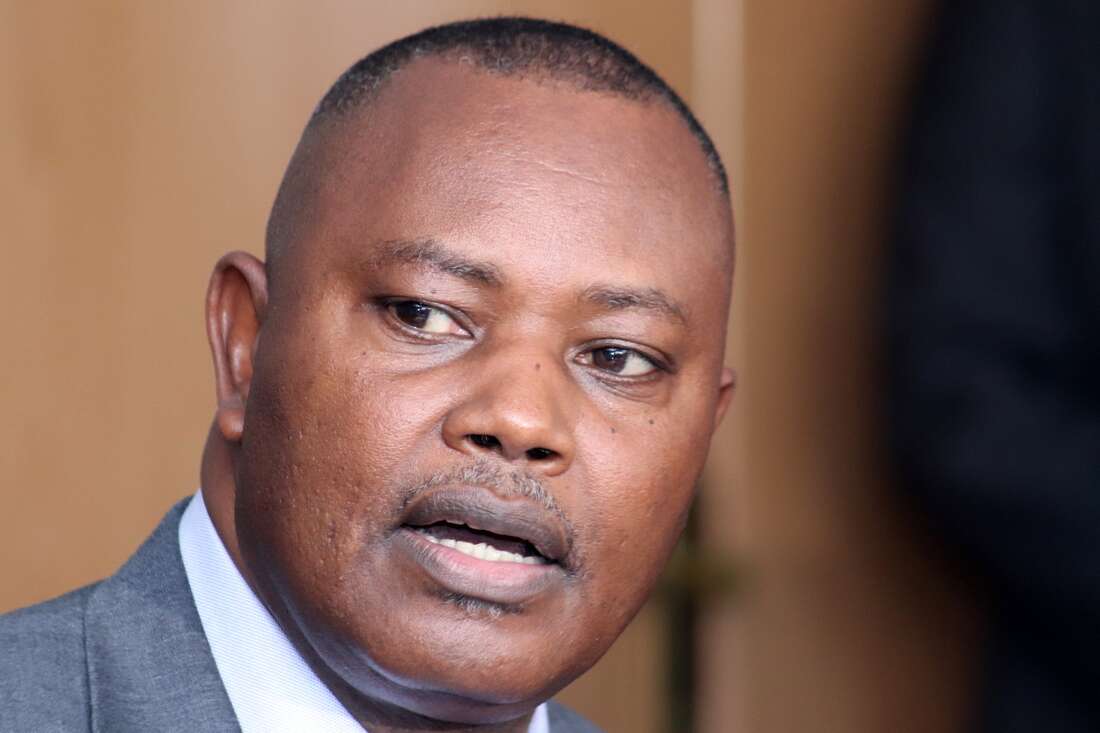 The childhood dream of the Director of Criminal Investigations George Kinoti was to become a priest.

And to achieve this, he refused to join the secondary school he was called to, after completing his primary education, and instead joined Pope Pius X Seminary High School in Meru, intending to become a seminarian.

Although he later joined Egerton University, he still keeps up with the priestly identity, he learnt at the seminary. In his office and car, for example, you will not miss a rosary, a miniature cross and a statue of the Virgin Mary. Close friends said a few years ago, Mr Kinoti was the one who would call for prayers before any meeting.

The chief crime buster was confirmed to the position in February 2018 to replace Ndegwa Muhoro. Earlier, he briefly served as the police spokesman.

Mr Kinoti is a known hands-on detective. This is the reason he is always ready to address the press whenever a big crime is reported. He was there when the body of Dutch tycoon Tob Cohen was discovered in a septic tank in his Kitisiru home in September 2019.

At the scene, Mr Kinoti almost shed a tear as he explained how Mr Cohen met his death. The 54-year-old was also at Deputy President William Ruto’s Harambee House Annex, where he gave a blow-by-blow account of what transpired before Sergeant Kipyegon Kenei was murdered.

He sees no problem with issuing statements stating that he is entitled to give public statements in respect to investigations and subsequent charges of any crime as provided by law and the constitution.

“It is the duty of the law enforcers worldwide to provide information where crime has been committed,” he was quoted saying after Ms Cohen’s spouse, Sarah Wairimu challenged the pressers.

Before he moved to Nairobi to become the personal assistant to former Directorate of Criminal Investigations boss Joseph Kamau, Mr Kinoti was battling robbers in Kisumu and the rest of western Kenya.

He was the also investigating officer in the case against three guards who were arrested and charged with robbery with violence against renowned author Ngugi wa Thiong’oand his wife Njeeri, at Norfolk apartments, Nairobi in 2004.

When Inspector General of police Mohammed Hussein Ali took over the reins at Vigilance House, Mr Kinoti was deployed to Migori as the DCIO boss and not happy with the move, he wrote a resignation letter and attached a cheque to serve as his pay for not giving notice in advance.

He was promptly recalled and redeployed to be in charge of the Complaints Section, now known as Internal Affairs Unit. He later served as the officer in charge of security at the Central Bank of Kenya

Immediately he took over the DCI boss, Mr Kinoti disbanded the Flying Squad, which many had thought had turned rogue and killer squad.

At the moment, the DCI boss is battling a four-month jail term, imposed on him by High Court Judge Anthony Mrima for “refusing” to return several guns to businessman and politician Jimi Wanjigi.

The judge sentenced Mr Kinoti to four months in prison, without the option of a fine, for disobeying a court order, which required him to surrender the guns that were seized from the businessman in 2017.

Justice Mrima said in the ruling that the DCI boss has chosen to remain defiant despite being directed to return the firearms to Mr Wanjigi. He noted that even after finding Mr Kinoti guilty of contempt, he taken no action to seek pardon from the court or seeking to suspend the decision.

“In other words, Mr George Kinoti stayed put and waited to see what the court will do to him in the face of his outright defiance,” said the judge.

Justice Mrima directed Mr Kinoti to present himself to prison within seven days failure to which the Inspector General of Police should effect a warrant of arrest against him.

“In the further event the IG fails to execute the warrant, the same shall remain valid and be executed anytime including when Kinoti leaves the office of the DCI,” he said.

“The firearms were subjected to ballistic examination and a report confirmed the Firearms Act prohibits them,” the affidavit read.

Attorney-General Kihara Kariuki has stepped in in a bid to save Mr Kinoti from serving time in jail arguing that the contempt of court was brought against a wrong party. In the petition, filed before the lapse of seven days orders the judge issued, the AG says the DCI boss does not play any role in respect to civilian firearms.

“The third respondent (Mr Kinoti) has since written to the Attorney-General advising him to write to the Firearms Licensing Board to release the petitioner’s (Wanjigi’s) firearms, in compliance with the orders of this court,” reads part of the application.

The application blames Mr Wanjigi for failing to collect the guns.

As his lawyers battled in court, Mr Kinoti was elected to the Interpol executive committee, as Africa’s representative at the key security organ.

Ruto woes Nyeri with over Sh5million donations in his tour

Ruto woes Nyeri with over Sh5million donations in his tour

Several feared drowned after bus with 30 choir members plunges into...