Only registered ODM members will participate in primaries — Raila 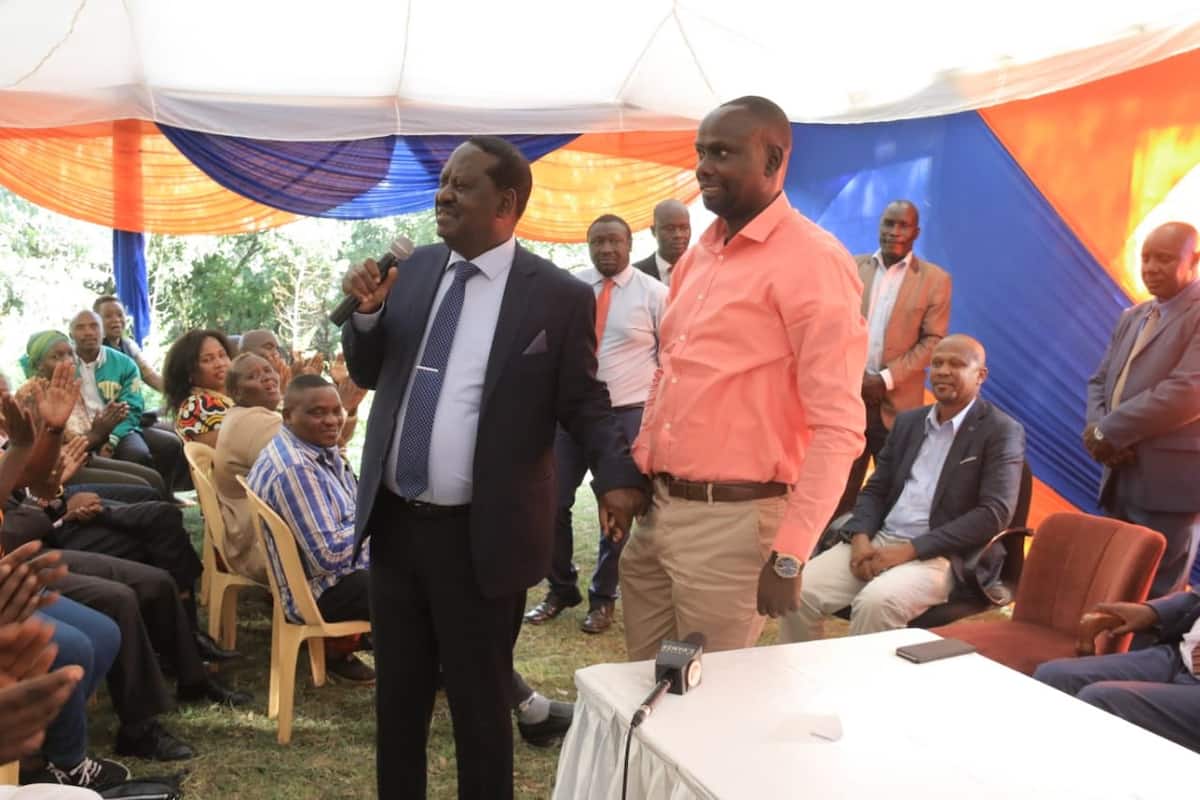 ODM boss Raila Odinga has said only registered party members will participate in the nominations.

Speaking on a tour of Migori county on Thursday, Raila warned that party supporters who do not register as members will be locked out of electing 2022 party candidates.

The former Prime Minister said the party will emphasise consensus in picking candidates as the first option.

ODM will resort to universal suffrage where candidates fail to broker boardroom compromises.

“If the candidates fail to agree we will ensure registered and card holding party members take part in nominations in a peaceful and civilized manner,” the ODM boss said.

Raila said this would ensure the party picks the strongest candidates to face rival parties in the 2022 general elections and prevent having independently elected members that will deny ODM political parties funds.

The party’s previous nominations have been marred with violence, especially in Nyanza, leading to last-minute defections.

In some instances, bungled nominations have denied the strong and popular candidates tickets while in some cases certificates have been corruptly issued to the highest bidders.

However, with lessons drawn from past nominations, the ODM party is promising to bury the ghosts of chaotic primaries.

ODM plans to use consensus or where that fails subject candidates to free and fair nominations by members who hold valid ODM membership cards.

Raila’s remarks that the party will lock out supporters are likely to trigger a mad rash for ODM membership cards as prospective aspirants seek to shore up their chances.

Raila was in Awendo constituency when he launched the Awendo campus of Kenya Medical Training College.

The institute was built with Sh65 million from Awendo NG-CDF.

Raila also toured the Sh70 million Dede market which will be completed next year and witnessed handing over of Sh139million bailout for Sony Sugar Company.

The meeting was attended by the Ministry of Health CAS Mercy Mwangangi and Housing and Urban Development PS Charles Hinga.

His tour was seen as a charm offensive against Deputy President William Ruto’s recent tour of the region.

On Thursday, Raila moved to showcase some of the projects done by the Jubilee administration since his handshake with President Uhuru Kenyatta in 2018.

“We support claims by President Uhuru Kenyatta in Nakuru that while others were running like witches, Odinga will steadily move in and capture the presidency,” Mohammed said.

Raila will December 10 unveil his 2022 presidential bid during the Azimio la Umoja meeting at Kasarani, Nairobi.

“If elected I will roll out Universal Health Care for every Kenyan citizen, those who are unable to pay for healthcare government will pay for them to get affordable healthcare,” he said.

Raila said under health, he will ensure each subcounty gets a level five hospital as a means for access to healthcare.