More
HomeNewsOnyonka, other aspirants from Kisii defect to ODM
News

Onyonka, other aspirants from Kisii defect to ODM 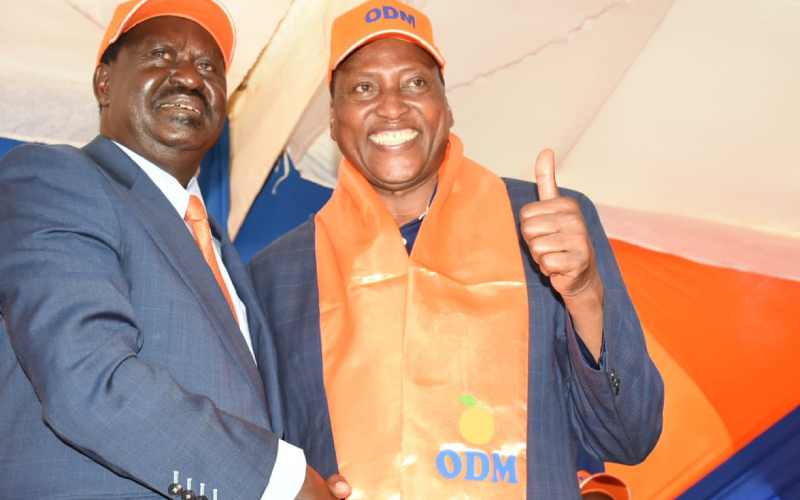 Prior to his defection, Onyonka was the Ford Kenya’s Deputy Party leader, a party he used to win his parliamentary seat in the 2017 General Election.

“I was in ODM 20 years ago and yet I never understood your (Raila Odinga) plans for Kenya. This is the man I have been waiting to be president before I retire,” Onyonka said.

In his address on Thursday, Onyonka attributed his departure from the party to nomination disputes.

“We have had talks amongst ourselves and decided to take this route. We left because of nomination chaos but now we are back,” he added.

The defectors were welcomed to the party at an event led by its leader Raila Odinga, who campaigning for his 2022 presidential bid.

“Today we received into the party, defectors from Kisii County who ditched their respective parties for ODM. They were led by MP Onyonka, former legislators Simon Ogari and Dr. Monda. Over 50 political leaders including UDA youth leaders joined the Movement,” ODM party Tweeted.

In a televised interview on Monday, Onyonka revealed that he had relinquished his position as FORD Kenya deputy party leader due to conflict of interest.

“I am no longer a party leader in FORD Kenya. I actually relinquished my position two weeks ago when the party held its National Delegates Conference (NDC). I couldn’t stay in FORD Kenya when I actually believe in Raila,” Onyonka said.

He retained his Kitutu Chache parliamentary seat following a by-election after the parliamentary election was postponed following the death of Leonard Mwamba (Jubilee nominee) weeks to the August 8 General election.

Kagwe cautions against sale of Covid vaccines by criminals