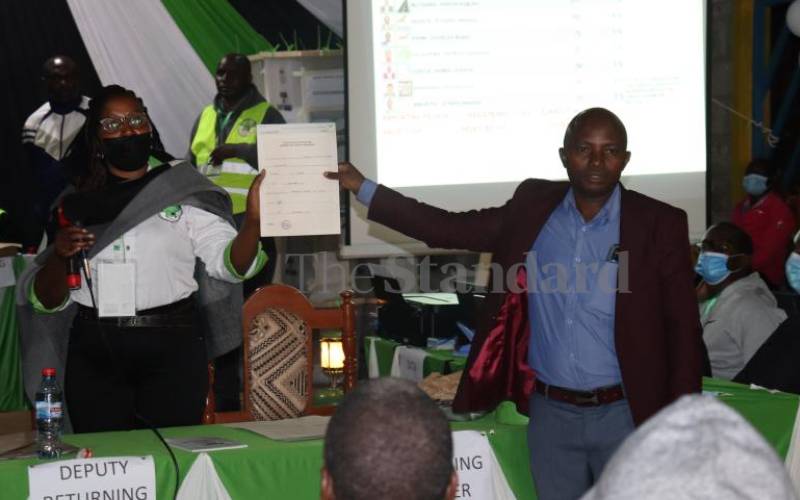 The two parties had put up spirited campaigns to outwit each other in by-elections held in Mahoo in Taita Taveta and Kiagu in Meru.

Jubilee’s Donald Fundi Saleri carried the day in Mahoo while UDA’s Simon Kiambi was declared the winner in Kiagu.

Saleri was declared the winner after garnering 1,609 votes against UDA’s Daniel Kimuyu who got 1,358 votes, while Tujibebe Wakenya’s Samuel Obuoge managed 89 votes in the polls conducted in 14 polling stations.

Saleri rode on the populous Taveta and Taveta sub-tribes in Taveta to win the seat while Kimuyu was banking on the Kamba votes.

Data from the Independent Electoral and Boundaries Commission indicate that 3,056 out of 6,734 registered voters cast votes.

Taita Taveta Governor Granton Samboja and Taveta MP Naomi Shaban said the win was an indication that Azimio la Umoja Movement will deliver in the 2022 polls.