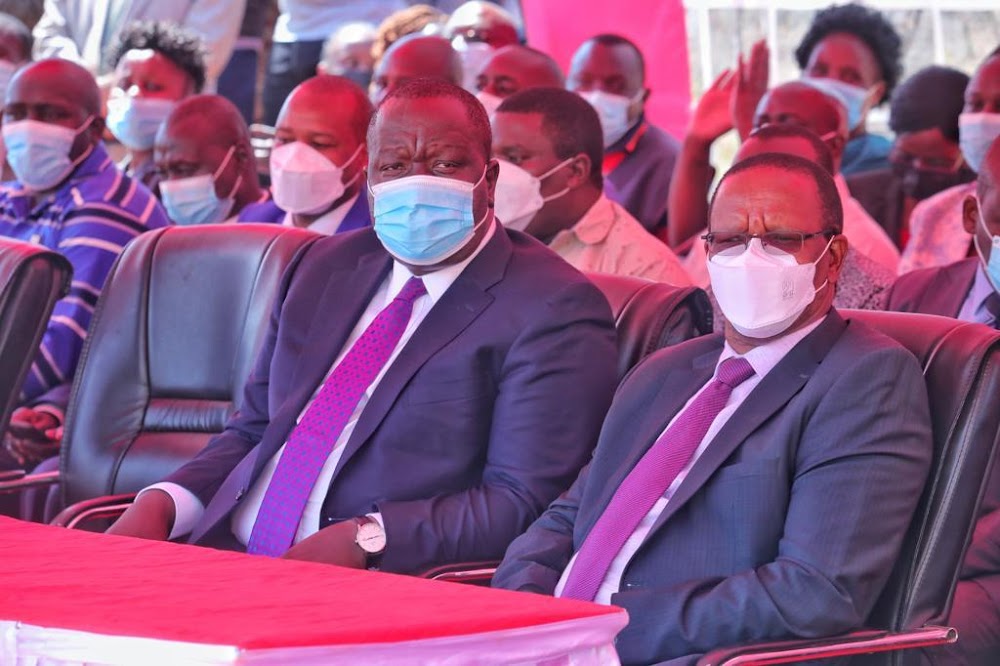 Reacting to calls for his resignation for alleged partisanship, Matiang’i said he is unbothered by the criticism from politicians and will not respond to personal attacks.

He said those calling for his resignation intended to distract him and security officers from executing their responsibilities of ensuring the protection for all stakeholders.

He also defended himself and ICT counterpart Joe Mucheru from allegations of interfering with the mandate of the Independent Electoral and Boundaries Commission saying they were only creating the right environment for the electoral body to discharge its duties in line with their official dockets.

“We, in the security sector, do not conduct elections – that is the mandate of the IEBC, and our work to support the Commission by providing security,”Matiang’i said.

He said he would not be provoked into engaging his detractors in cheap rhetoric and urged government administrators to focus on assigned duties without undue pressure from politicians.

“Don’t be intimidated by threats. You are only answerable and accountable to the people of Kenya, and your job is to uphold the zero tolerance policy on those who encourage political intolerance,” he said.

He was hosted by Limuru MP Peter Mwathi, who is the chair of the National Administration and Security Committee of the National Assembly. Members of Parliament Edward Kaunya (Teso North), Mercy Gakuya (Kasarani), Tecla Tum (Nandi), and Nominated MP Halima Mucheke were among a host of leaders present.