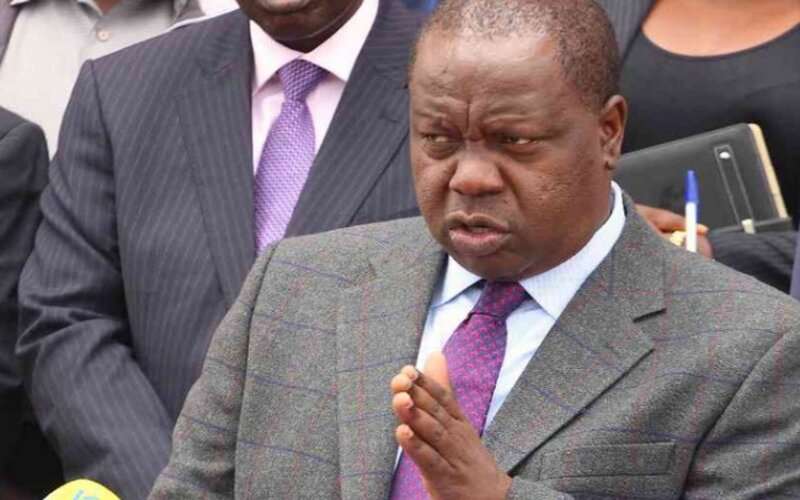 This comes a fortnight since civil society and human rights activists revealed how gender violence had been an impediment to women seeking political seats.

During an inspection of National Government Projects on Monday, November 1, the Matiang’i asked the administrators to protect women vying for elective seats from violence and harassment.

“Have zero tolerance on those who interrupt the peace and encourage political intolerance. Make sure you also dedicate special attention and resources to women candidates and participants,” he said.

In addition, he told the administrators to map out women candidates and heighten their security if need be adding, the only ‘measure of maturity in democracy is how countries treat their women and other vulnerable groups.

A fortnight ago, Bina Maseno, the Executive Director of Badili Africa said women aspiring to join leadership spaces were reluctant due to fear and intimidation.

“Sexual and gender violence is preventing women from participating effectively in leadership spaces,” she said.

She added: “We are using the power of fashion, art and beauty to unpack conversations around violence against girls and women.”

“The State should take stern action against people who incite others against female aspirants. They should be prosecuted and sent to jail. Women must rise up and change the narrative,” she said.