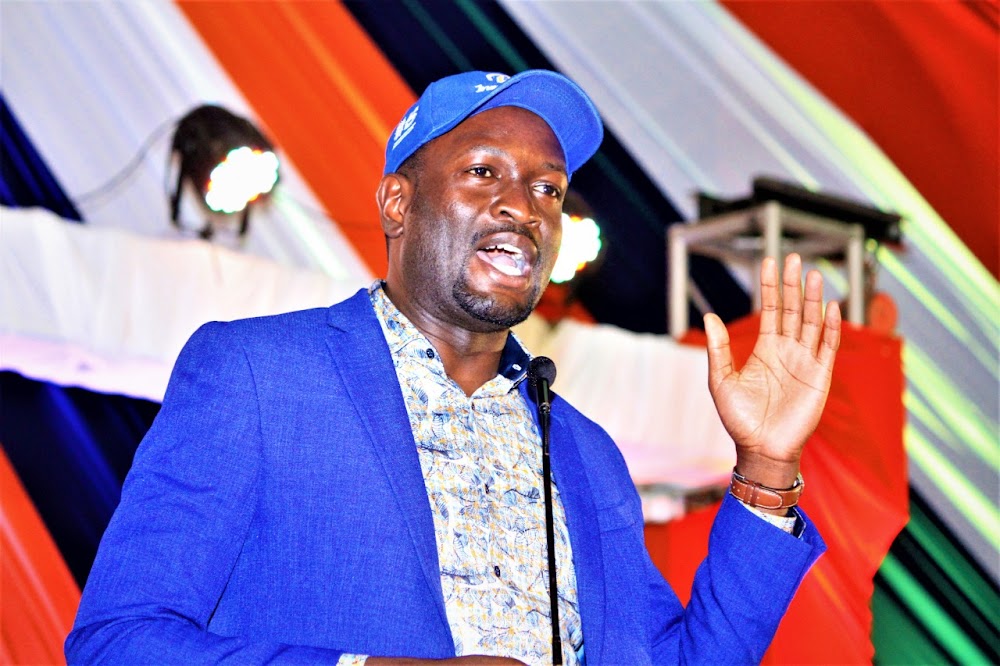 Nairobi Politics ahead of the general elections has started taking shape as ODM Party announces it will field candidates in all positions.

Orange Democratic Movement Party Secretary-General Edwin Sifuna explained that as a party they had the responsibility to ‘feed’ their own.

“Nairobi as we speak is one under President Uhuru Kenyatta and Raila Odinga. As a political party, ODM will field candidates for all the positions in Nairobi and I believe Jubilee Will have theirs too,” he said.

“Then we shall come to a consensus on who is the best to be on the ballot. ,” Sifuna added.

Nairobi has 17 sub-counties, 85 wards, position of the Senator, Woman representative and Governor.

The SG, however, emphasized that ODM will not be divided when it comes to Nairobi Gubernatorial candidate.

Sifuna was speaking during the official ceremony where Westlands Mp Tim Wanyonyi launched his Gubernatorial Bid for Nairobi.

He was representing Raila who was having a rally at the coast, accompanied by other ODM party members.

Last month, the Mp received a huge advantage where he was endorsed by   Ida Odinga, wife to ODM Party leader, Raila Odinga.

Throwing her support behind the Mp, Idah described Wanyonyi as very organized and Intelligent person since they worked together in the  Kenya Paraplegic Organisation

Having served Westlands for 15 years both as a councilor and an Mp, Wanyonyi feels it’s time he takes his leadership skills to the big office in town at City hall.

Wanyonyi, who is a brother to Ford Kenya leader and Bungoma Senator Moses Wetangula, believes he has done all he had wanted to do in Westlands—empowered women and the youth, refurbished and equipped schools, invested in education and worked with the police to improve security.