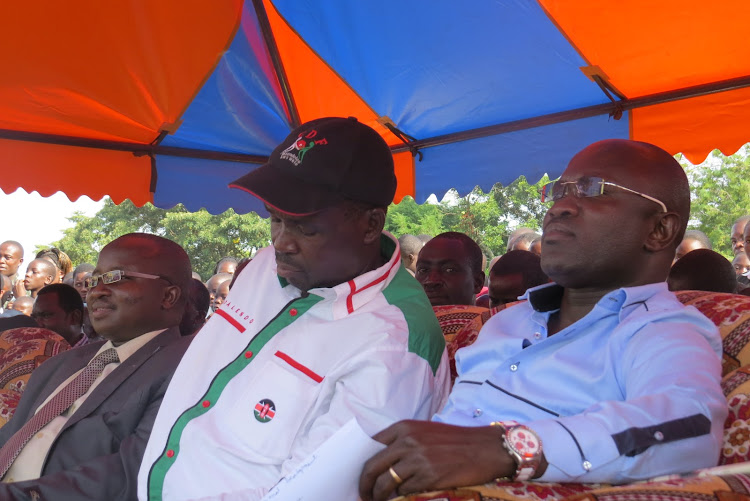 Ruto said politicians should refrain from hooliganism aimed at disrupting their opponent’s rallies.

He instead urged all to engage in mature, agenda-based politics. He said politicians should be free to sell their agenda to the people in any part of the country devoid of violence.

“All leaders should be welcomed in any part of the country without unnecessary hindrances,” Ruto said.

He spoke on Sunday in Nyeri County, during his tour of the area.

The Dp said the era of tribal and regional politics was over, adding that Kenyans were keen on unity of purpose. The Deputy President said he was focused on uniting Kenyans besides teaming up with their leaders to transform the country.

“Over 160 MPs have united under UDA so that we can eliminate tribal and regional politics to confront the country’s challenges,” he said.

He said it was impossible to “sell” Raila in the region because his development plan was unclear.

“I want to make it clear that Mr Odinga is unsellable and very unpopular in Mt Kenya. Let the truth be told,” said Kahiga.

“Mr Odinga has not given us a reason to support him. We  cannot rally behind a leader who has nothing to offer other than rhetoric and lectures.”

He added, “I was with Mr Odinga here in Nyeri for two days. All he did was to give us history ,  lectures and stories that will not help us.”

Tetu MP Gichuhi Mwangi who was also present announced that he had defected to the hustler party, following extensive consultations with his constituents.

“I asked Tetu residents who they will support between Odinga and Ruto. They told me that if I want to go home, I continue supporting Odinga,” Gichuhu said.