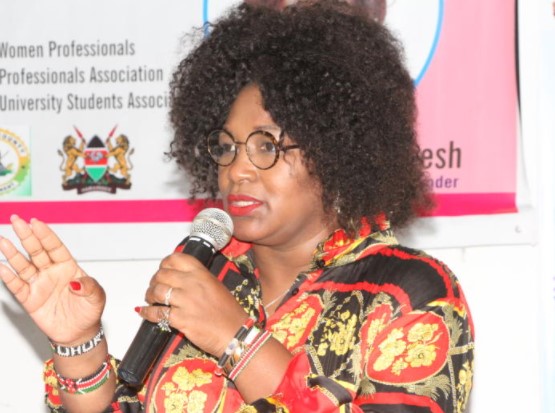 Women in politics and leadership have promised to stop at nothing to make the political journey of younger women handy.

The Ministry of Public Service and Gender has assured it is putting together measures to advance the participation of women in Kenya in politics next year.

Hosting a high-level stakeholder meeting in Nairobi on Tuesday, the Ministry led by Gender Cabinet Secretary Prof Margaret Kobia hopes to deliberate the roadmap on achieving the two-thirds gender rule in the 2022 General Election, and help younger women joining politics create an array of networks.

Women politicians challenged the aspirants to have well thought out political ambitions and plans, and not try to be like their male counterparts.

Livestock and Fisheries CAS and former Marakwet East MP Lina Jebii Kilimo challenged them to vie on issue-based politics saying: “Let us be realistic as much as we want to support women who are vying. Don’t just jump in the water, be very strategic.”

Gender Chief Administrative Secretary (CAS) Rachel Shebesh averred that the time for theories was over and it was now time to take action.

“We want women to know who to come to,” Shebesh said, reminiscing on her time when she vied for the Nairobi Woman Representative post in 2017, saying there wasn’t much to work with.

Acknowledging that the biggest challenge to date for women politicians is funding, Shebesh noted that women candidates also need visibility and team support.

“We will not shy away from the politics of women. We want to hold people accountable,” the Public Service and Gender CAS said.

“We will work with Chebukati to ensure that during nominations, one-third of either gender is represented. If the party leaders can accept to deliberately give the two-thirds to women, the women can vie,” Elachi stated.

A representative from UN Women Kenya, Anna Mutavati posed: “Are we ready to finally move from the list of shame where Kenya currently stands owing to the low women representation in leadership?”

The meeting held at the Villa Rosa Kempinski Hotel in Nairobi converged key gender stakeholders from various sectors under the auspices of the Common Women Agenda (COWA).